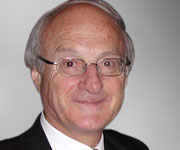 IT is more than 3 years since Kevin Rudd’s historic apology to the Stolen Generations and the federal government has admitted progress in closing the gap has been slow. We still have the shame of terrible poverty and high premature illness and death in our Indigenous community.

Why do both the living and health status of our Indigenous community still fall many years behind that of the rest of the Australian community? A potent example is the very high rate of diabetes and its devastating complications in our Aboriginal and Torres Strait Islander peoples.

A recent systematic review, of which I was a coauthor, highlights the inadequate data available on the true magnitude of the diabetes epidemic among Indigenous populations in different parts of Australia.

The review confirmed rates of diabetes and prediabetes are high but there is considerable variation between different regions. This may be a methodological issue but the reasons certainly need to be established.

Many of the studies reviewed were either too small or used methodologies that do not allow adequate comparisons. It clearly emerges there is really no overall national picture.

Data on diabetes rates in urban Indigenous communities are sparse despite the fact they account for almost three-quarters of the total Indigenous population. Type 2 diabetes is increasing in Indigenous children, adolescents and young adults but, again, data are few.

Australia’s failure in Indigenous health is highlighted by the 2009 United Nations report “The state of the world’s indigenous peoples”, which lists our Indigenous people as having the worst ill health globally.

The prevalence of diabetes is one of the highest in the world, and its complications are major contributors to the huge gap in life expectancy in Indigenous adults, which is 17 years lower than for other Australians. Indigenous people are about 20 times more likely to die from chronic diseases such as diabetes, heart or kidney disease.

We are also faced with the appalling fact that Alice Springs is close to being the world’s “capital of diabetes” and, as a consequence, it has the largest kidney dialysis unit in the Southern Hemisphere. It also has one of the highest rates of leg amputations.

An article in the MJA highlighted the huge challenges we face in reversing this disastrous scenario. It emphasised the lifelong consequences of poor maternal nutrition resulting in a poor intrauterine environment in Indigenous mothers. It is increasingly recognised that this in-utero disadvantage predispose their children to obesity, type 2 diabetes, heart disease and even mental disorders in adult life.

Diabetes and obesity in the mother, malnutrition, smoking, alcohol and drug misuse all affect the baby’s genetic material. These changes are then passed on to the next generation creating a vicious intergenerational pattern of chronic disease susceptibility. What your grandmother ate may affect your adult disease susceptibility.

So, what are the strategies that may help turn the Titanic around?

First, it is during pregnancy and pre-pregnancy that interventions have a chance of helping to reverse the disastrous epidemic of type 2 diabetes among our Indigenous people.

Many children are born to young mothers who are malnourished, poorly educated, smoking and drinking, who develop diabetes during their pregnancy and are dwelling in squalid and dysfunctional circumstances.

Second, despite the billions of dollars that government has poured into a seeming bottomless pit in the Northern Territory and other regions, there is little to show, with housing through to progress in critical markers of health status still woefully inadequate.

Contributors to the chronic disease in Indigenous communities also include the trauma and grief associated with the erosion of the traditional Aboriginal way of life and poor maternal nutrition in pregnancy.

All of these issues need to be addressed for us to see a more robust community.

We must start from a new base, with a better understanding of the issues, wider consultation with the Indigenous community, enhancing their dignity and creating better opportunities for youth through education in all disciplines and employment opportunities. And we need to focus on maternal and child health — a sorely ignored component of this shameful scenario.

Diabetes is a disaster for our Indigenous peoples, from the womb to the tomb!

4 thoughts on “Paul Zimmet: Disaster from womb to tomb”