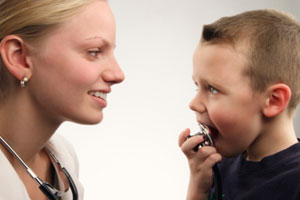 DESPITE a big growth in the number of female GPs in the past 20 years, differences between the types of conditions male and female GPs manage have remained consistent, according to new research in the MJA.

The study, using Bettering the Evaluation and Care of Health (BEACH) data, also found female GPs are more likely than their male counterparts to refer patients on, order imaging and pathology, and manage psychological or social conditions. (1)

“This is surprising, since we had hypothesised that as female GPs increased their share of the GP workforce (and workload) they would see proportionally more male patients”, the researchers wrote.

Dr Nola Maxfield, a GP in Wonthaggi, Victoria, and former president of the Rural Doctors Association of Australia, said the research showed that female GPs were managing more complex conditions. Dr Maxfield said this was probably because women who usually saw a male doctor would present to a female doctor when they had female-specific problems as well as with their regular problems.

“The male GPs get to do the easier stuff and the female doctors have increased reasons for each encounter”, she said.

As female patients were also more likely to take emotional responsibility for their whole family, this could explain the higher prevalence of psychosocial problems being managed by female GPs, Dr Maxfield said.

Dr Steve Hambleton, a GP and president of the AMA, said some of his female colleagues echoed the findings in the paper, claiming to have more patients who would present for a consultation, and burst straight into tears.

But his own consults were also mostly complex cases. “I wish I could be one of those GPs with all the quick cases”, he said.

Professor Scott leads the MABEL (Medicine in Australia — Balancing Employment and Life) study, which found that female GPs earn less than males, even after accounting for various confounders including length of consultation. (2)

“If they are treating more complex conditions and being paid less, then it is a particular issue”, he said.

Women in the BEACH study used higher rates of clinical treatments such as advice and counselling, and wrote fewer prescriptions. The researchers said this suggested that females provided more preventive care.

Commenting on the finding that women also referred more and ordered more imaging and pathology, Professor Scott said this could be because women were managing complex cases, or because they were more likely to work part-time and thus had less accumulated expertise.

Each year the BEACH study asks about 1000 GPs to provide information on 100 consecutive patient encounters. Dr Hambleton cautioned that although the data was useful, it was difficult to draw conclusions due to possible confounding variables or recording bias by the participating GPs.

“If you’re very busy in your practice you may record fewer things”.

2. Medicine in Australia: Balancing Employment and Life. The Australian longitudinal survey of doctors