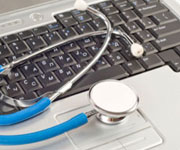 Professor Jon Emery, professor of general practice and head of the school of primary, Aboriginal and rural health care at the University of Western Australia, said quality use of medicines was an important issue and the federal government should look at ways to make the Australian medicines handbook (AMH) freely, or at very least more cheaply, available to all GPs.

The AMH currently costs $160 for an annual online subscription.

Professor Nick Buckley, consultant clinical pharmacologist and chair of the AMH editorial advisory committee, said the cost of the AMH or the Therapeutic guidelines should be subsidised because the community and patients paid a very high price when poor prescribing decisions were made.

Professor Buckley estimated it would cost less than 10 cents per GP prescription to subsidise the AMH or the Therapeutic guidelines.

He said such a subsidy would be cost-effective in improving health and would be likely to generate net savings.

“The total budget for the two organisations providing these resources is less than the average PBS [Pharmaceutical Benefits Scheme] expenditure on just one of the 717 … subsidised medicines,” Professor Buckley said.

The two experts were commenting on a study reported in Family Practice, which looked at GPs’ use of electronic information sources and computerised clinical decision support systems (CDSSs) for prescribing.(1)

Semi-structured interviews were conducted with 18 experienced GPs and nine GP trainees in New South Wales in 2008.

The results showed experienced GPs used only a small number of electronic resources and accessed them infrequently.

People resources, such as specialists, GP peers and supervisors for trainees, were often preferred over written formats.

Cost was a barrier, with some GPs having outdated or few resources because of the price.

In Australia, more than 90% of GPs have computers in their consulting rooms and recent government e-health incentives have encouraged the use of up-to-date electronic information sources.

Professor Buckley said the amount the government spent directly on improving quality use of medicine was a tiny fraction of the sums spent paying for drugs ― $9 billion on the PBS alone.

The current free CDSSs packaged in electronic prescribing software in the form of alerts had no external quality controls and were often turned off by GPs.

“A major gap in the system is that none of the purpose-built, computerised clinical decision support systems … is independent, evidence based, peer reviewed, up to date, regularly modified according to user feedback, etc, in the manner of [the AMH and the Therapeutic guidelines],” Professor Buckley said.

“This is one area with an urgent need for government support.”

Professor Emery, a member of the Royal Australian College of General Practitioners national standing committee on research, said the study suggested quite strong support from GPs for the AMH and the Therapeutic guidelines.

A National Prescribing Service (NPS) spokesperson said the NPS was looking into ways to expand the number of CDSSs available and new ways to enable GPs to access NPS’s resources more easily during consultations.

One thought on “Govt should subsidise prescribing resources”