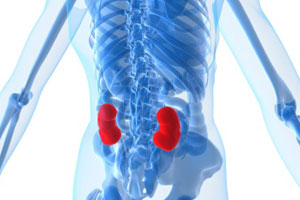 A BRITISH article calling on the government to pay kidney donors the equivalent of an average annual income has angered Australian experts.

Sue Rabbitt Roff, a senior research fellow at the University of Dundee in Scotland, in a personal view article published in the BMJ, said the rate of kidney donations had not kept up with the need. (1)

“… it’s time to begin to explore how to pilot paid provision of live kidneys in the UK under strict rules of access and equity”, she wrote.

Ms Roff said there were already compensation models for work or military injuries, with agreed payments depending on injury type. “It would not be such a big step to move towards regulated paid provision for live donors’ kidneys.”

The payment, which she suggested should be £28,000 ($A42,875), would “be an incentive across most income levels for those who wanted to do a kind deed and make enough money to, for instance, pay off university loans”.

“It would lead to an outbreak of outrageous preying upon the poor and vulnerable by the rich”, he said.

He said analysis of a paid organ donation scheme in Iran had shown that the educated and employed received kidneys from the “unemployed and ill-informed”.

Professor Chapman said the proposal had come from a person “pontificating for a solution from her armchair”.

The world’s governments, through the World Health Assembly, had affirmed that there should be no buying and selling of human parts, he said.

There was also a risk that potential donors would lie about their medical history in their quest for cash, increasing the dangers for both donors and recipients.

Professor Chapman said the recent alleged case of organ trafficking in Australia highlighted the desperation of some people, particularly dialysis patients, who view transplantation as the “holy grail”. In this case an elderly Sydney woman reportedly trafficked a Filipino woman to harvest her kidney. (2)

Australia had introduced innovative models to increase donation rates, such as the Australian Paired Kidney eXchange, in which two or more simultaneous donations occur in a transplant “chain” to find a suitable match. However, Professor Chapman completely ruled out the paid model. (3)

Chris Thomas, chief executive officer of Transplant Australia, said his organisation was also “totally against” upfront financial incentives. However, he said that compensation of donors’ out-of-pocket expenses or loss of wages could boost donation rates.

“An out-of-pocket reimbursement program has the potential to increase live donations in Australia by about 80 a year”, he said. In 2010, there were 842 kidney transplants in Australia, 35% of which came from live donors.

Mr Thomas said that Australia’s organ donation program rightly focused on increasing rates of donations from the recently deceased. Focusing on live donations would only assist people requiring kidneys, not other organs.

A spokesman for the federal government’s Organ and Tissue Authority said that treating human organs as a commodity for trade was illegal, and would remain illegal in Australia.

He said there were more transplants performed in 2010 than in any other year in Australia’s transplantation history, suggesting that government reforms were already having an effect.

The British Medical Association has distanced itself from the BMJ paper, saying it would not support payment for kidney donation.

“Introducing payment could lead to donors feeling compelled to take these risks, contrary to their better judgement, because of their financial situation”, the BMA said in a statement.