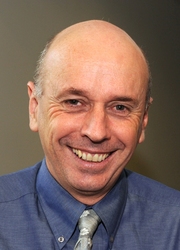 FOR the past decade, the Royal Australasian College of Surgeons has strongly advocated increased reporting of surgical outcomes for all surgeons who are Fellows.

To this end, it recently reported on the Australian and New Zealand Audit of Surgical Mortality (ANZASM). Participation in ANZASM is compulsory, although it is not yet available at all hospitals. Where it is available, surgeons are required to participate to receive continuing professional development (CPD) accreditation.

The audit collects all deaths under the care of a surgeon and feeds the information back at state or territory level as well as contributing to a national database, which aims to look at the systems and problems that may be responsible for poor surgical outcomes.

Indeed, in WA this audit has shown a dramatic decrease in the number of surgical deaths in the 8 years of its operation. Although the precise cause of the reduction in deaths is not yet clear, the only significant factor identified has been participation in the WA Audit of Surgical Mortality.

Similar results are emerging in other states where this initiative has been in place for some years.

The difficulty with ANZASM is that the precise nature of each surgeon’s personal practice audit remains somewhat flexible and, for some surgeons, it can be difficult to obtain meaningful results.

However, the need to at least audit the outcomes of large and frequent procedures would seem to be a minimum requirement for all surgeons. Indeed, patients should expect that the outcomes achieved by individual surgeons are assessed and evaluated on a regular basis.

The public would probably be surprised to know that most surgeons do not have a clear understanding of their short-term outcomes for the majority of procedures they perform.

Of even greater concern is the lack of data on long-term outcomes associated with surgical interventions. Recurrence rates following oncological surgery, the functional outcome for benign prostatic repair or the recurrence of groin hernias are all areas in which few surgeons could provide accurate and authoritative information with respect to their own practice.

Auditing these outcomes would, of course, be an expensive and time-consuming exercise and it is probably impractical at this stage to conduct a full practice audit. However, results of 5-year follow-ups of important interventions would seem reasonable and should be considered an essential part of doing business.

Many surgeons argue that they are too busy and do not have the time and resources to conduct this sort of follow-up. This is not entirely without foundation, but it does seem difficult to defend a stance that says “I will continue to work feverishly at the operations I do but not assess how successful my results are”.

The Medical Board of Australia has a significant responsibility in this area. While the board requires surgeons to be compliant with the CPD requirements of the College of Surgeons, it is unclear if this is actually being checked. Given that not all surgeons are CPD compliant, it appears that the board is not taking its job seriously: I am unaware of any surgeons deregistered on this basis.

Hospitals also need to take some responsibility for ensuring that surgeons maintain oversight of their practice. Ideally they should require surgeons who wish to operate within their facilities to undertake well conducted, peer-reviewed audits. If such information cannot be provided, it may be advisable for these hospitals to withdraw privileges until it can be produced.

The federal government also needs to help surgeons perform these functions. It currently spends enormous sums of money on procedures for which it has no idea of the long-term outcome. A small investment to employ data managers, or at least contribute to their costs, would appear rational and relatively inexpensive.

While the College of Surgeons can provide a framework for audits, it needs a clear signal from medical boards, government and hospitals that this is a non-negotiable requirement rather than something that would be nice if it can be squeezed into the frenetic pace of surgical practice.

Had such audit occurred in Bundaberg and other jurisdictions in recent years, the sensational cases that appear in the media would never have occurred.

It is, in fact, this lack of audit, peer review and reliable reporting of outcomes that has enabled these events to occur. Until compulsory audit is put in place similar events will continue to occur within Australian surgical practice.

Professor Guy Maddern is a practising hepatobiliary surgeon and head of surgery at the University of Adelaide. He is surgical director of the Australian Safety and Efficacy Register of New Interventional Procedures run by the Royal Australasian College of Surgeons and headed the roll-out of the national Audit of Surgical Mortality.

3 thoughts on “Guy Maddern: No excuse for poor surgical outcomes”