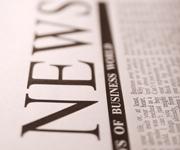 Stroke of happiness
OPTIMISM is associated with significantly reduced risk of stroke, even when controlling for stroke risk factors such as high blood pressure, heart disease, and body mass index, the American ABC News reports. The study, published in Stroke, drew on data from the US Health and Retirement Study, which analysed the relationship between optimism scores and stroke likelihood during a 2-year follow-up period. Researchers found that for each point increase in optimism rating, patients were 9% less likely to suffer a stroke. The risk reduction is on par with dietary changes, such as increasing fruits and vegetables intake.

Right to refuse?
A SURVEY of more than 700 British medical students found almost half felt they should be entitled to make conscientious objections to carrying out procedures including abortions and treating drunk patients, the Sydney Morning Herald reports. The survey, published in the BMJ, involved questions on abortion, birth-control pills, treating patients high on drugs or alcohol and intimate examinations of patients of the opposite sex. Some 45.2% of students agreed that doctors should have the right to object to any procedure with which they had a moral, cultural or religious disagreement.

Cancerous heights
TALLER people are more likely to develop some of the commonest and deadliest cancers, The Guardian reports. The research, published in The Lancet, looked at 97 000 women with cancer, who were between 152 cm and 175 cm tall. A woman’s chance of developing cancer rose by 16% for every extra 10 cm in height. The exact reason for the link is unclear. Being tall has also been associated with a lower risk of other conditions, notably heart disease.

Male infertility clue
SCIENTISTS say they have found a potential cause for a number of otherwise unexplained cases of male infertility — the absence of a protein that coats sperm allowing them to reach an egg more easily, the New York Times reports. In a study, published in Science Translational Medicine, researchers said the exact influence the protein has on the chances of a woman becoming pregnant is still unclear. But the researchers said the absence of the protein might slow or, in fewer cases, hamper a couple’s ability to conceive.

Flu surge
INFLUENZA surveillance systems have picked up nearly 8000 cases of flu this year, compared with about 2000 at the same time last year, the Brisbane Times reports. The flu rates in summer and autumn this year were higher than any in the past decade. Researchers are not sure why, although part of the reason could be the bad weather and flooding in areas such as Queensland, which was also bearing the brunt of the increase.

One thought on “Top health headlines”