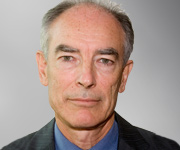 THE recent serious injury of a mother pushing her child in a stroller after she was struck by a car driven by an 88-year-old man has led to a call for mandatory reporting by doctors of elderly patients with medical conditions that could affect their ability to drive.

Many factors other than health can affect the risk of causing a serious crash, including blood alcohol levels, gender, day of the week, sleep deprivation, old age and, especially, young age — as well as a range of medical conditions.

In Australia, we accept that legally licensed drivers carry widely varying risks of a crash. National standards of fitness to drive, a revised edition of which is due for imminent release, aim to balance individual freedom with community safety and minimise harm.

However, when a fatal crash (or, as in this case, a serious crash involving a politician’s family) occurs as a result of a medical condition, rather than this being seen as an inevitable though tragic consequence of such standards, there is often a call for mandatory reporting by doctors of people with that condition.

This occurred several years ago in Queensland after a fatal crash caused by a driver with epilepsy. Fortunately on that occasion, the Queensland Government did not impose mandatory reporting by doctors but sensibly introduced a legal obligation on the drivers themselves to report any relevant health problem to the licensing authority (Jet’s Law).

Such legislation was already in force in the rest of Australia. Unfortunately, governments have done little to make drivers aware of it.

There is also legal indemnity for people (not only doctors) who report unsafe drivers in good faith. Mandatory reporting by doctors already exists in SA and the NT. Anecdotally, compliance is inconsistent.

While superficially attractive, mandatory reporting may actually be counterproductive to road safety. Importantly, it has the potential to damage the doctor-patient relationship — the doctor may be seen as the person responsible for the patient’s loss of independence, freedom and employment.

There is also the danger that if the patient knows their doctor is legally obliged to report relevant conditions, they may conceal symptoms such as a recent blackout, resulting in suboptimal care and, ultimately, a further increase in crash risk.

For these reasons, the AMA, the Australian and New Zealand Association of Neurologists and the Epilepsy Society of Australia are opposed to mandatory reporting.

Associate Professor Ernest Somerville is a Sydney neurologist and chair of the Australian and New Zealand Association of Neurologists’ driving committee.