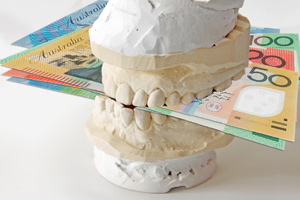 DENTISTS earn more than medical specialists and GPs but see fewer patients and have higher costs, according to an Australian Bureau of Statistics survey of medical businesses released last week. (1)

Dental businesses generated a total income of $6.7 billion in the 2009–10 financial year. This equated to an average of $347 000 of fee-for-service income per practitioner. Dentists had an average of 52 patient contacts a week.

The survey was based on a sample of 4333 private businesses and organisations, which provided data sourced primarily from financial statements, and on tax data supplied by the Australian Taxation Office. The ABS used the data to estimate the financial performance and workforce characteristics of the businesses for 2009–10.

Specialist practices also seemed to have substantially increased their profit margin since a 2001–02 ABS report on private medical practices, when it stood at 28.1%. (2)

“Dentists provide their care in a specialised setting, likened to that of a mini-hospital, where infection control and other regulatory requirements cause higher overheads for a practice”, association president Dr Shane Fryer said.

The ABS report found that overall, health care businesses were lucrative and busy.

Health businesses generated $43 billion income in 2009–10, but had expenses totalling $32 billion. Each week, health care professionals made six million patient contacts, three-quarters of which were in general practice.

The report found that medicine remains male dominated, but the gender balance has improved since a 2002 ABS survey of private medical practitioners. (3)

Although the ABS cautioned that methodologies have changed since the 2001–02 surveys, they do show that the proportion of female GPs has increased from 33% in 2001–02 to 36% in the current survey.

Among medical specialists, the proportion of women increased from 14% to 22%. In 2009–10, only 156 of Australia’s 1893 surgeons were women (8%). However, the report cautions that this statistic has a large relative standard error.

The report also highlighted the heavy administrative load involved in running a health care business. For instance, of the 107 213 people engaged in general practice businesses, only 57.5% provided actual patient care (including doctors and allied health workers). The proportions were similar for medical specialists.

Other findings of the report included that many health professionals seem to be enjoying flexible working arrangements. Only 55% of employee GPs and 54% of employee specialists were employed on a permanent full-time basis.

9 thoughts on “Dentists are top earners”