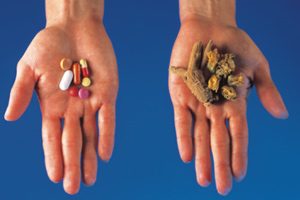 A FIERCE debate has ignited over the ethics of prescribing alternative therapies that may lack an evidence base.

Writing in the “Opposing views” section of the MJA, Professor John Dwyer, emeritus professor of medicine at the University of NSW, said many alternative therapies are not based on science and it is unethical for doctors to prescribe them in most situations. (1)

Consumers were increasingly exposed to “a plethora of nonsense (non-science) claims that waste their money, distance them from effective care strategies and, not infrequently, cause harm”, he wrote.

Presenting the opposing view, Dr Marie Pirotta, of the department of general practice at the University of Melbourne, said patients wanted to receive information about complementary or alternative therapies from their GPs. (2)

“… it is important for GPs to discuss CAM [complementary and alternative medicine] options with patients to ethically fulfil their role as trusted primary care providers”, she said.

“To do so … is to abandon scientific medicine … for an approach that does not believe in testing, is happy to exploit the placebo effect and rejects a psychological influence on health”, he wrote.

AIMA president Professor Kerryn Phelps said Professor Dwyer’s comments “make my blood boil, because they are so ignorant and so offensive”.

“It is a professional insult to the highly intelligent, science-based doctors who are practising integrative medicine. It’s also a very narrow, parochial view. In the US, more than 60% of medical schools have an integrative philosophy”, she said.

Previous MJA research has shown that more than half the Australian population uses complementary or alternative therapies each year, at a cost of more than $2 billion. (3)

Professor Phelps said given the number of people using these therapies, it was unethical for doctors not to practise in an integrative way.

“Doctors who don’t inform themselves in this area, which is impacting on their practice whether they know it or not, are not practising optimally and may well be putting themselves at [legal] risk”.

Dr Pirotta said ethically recommending any treatment took place within the framework of a careful history, examination and diagnosis.

“Discussions of CAM options (including recommending or discouraging use, as appropriate) can be ethically incorporated into this framework.”

Professor Dwyer said scientific study of alternative medicine was important, and that any treatment found to have supportive evidence should be embraced by orthodox medicine.

However, Dr Pirotta said that a lack of evidence did not mean that a treatment was ineffective or harmful.

“It is estimated that as little as a quarter of conventional medicine is based on level-1 evidence”, she wrote.

Dr Pirotta said the evidence base for complementary treatments was slowly growing, despite barriers such as the lack of financial reward for research investment.

“A lot of the pharmaceutical treatments that were supposedly evidence based have been discredited, negative studies are not published and so on. I think evidence itself is flawed.”

In a comment published in this issue of MJA InSight, Dr Sue Ieraci wonders why a sophisticated consumer market holds such belief in alternative medicines.