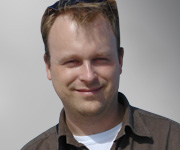 MOST medical students, registrars and younger doctors use social media, often “connected” via their smart phones. But it’s not just the young who show an interest in social media. And it’s not just about social chitchat.

I see all age groups in the medical profession on Twitter, mostly exchanging links to medical websites, articles, latest health news and developments within areas of interest or specialties.

Word spreads fast on social media — by the time news hits the papers, the social media communities are already aware. No wonder Twitter has proven itself as the go-to service during floods, bushfires and earthquakes.

A recent MJA Viewpoint article concentrated on some of the negative aspects of social media such as breaches of confidentiality, defamation and violation of doctor-patient boundaries. Privacy and time limitations are common concerns with social media.

But it isn’t all bad. On average, I spend half an hour a day on social media, reading the latest about health, research and technology. I know people who spend just 10 minutes a day using it.

Since I’ve been on Twitter I have found information I otherwise wouldn’t have had access to. A great resource is the weekly #hcsmanz Twitter chat group that focuses on the use of social media in health care.

My practice is on Facebook and on Twitter (@panaceumhealth). We use these accounts for information exchange about health in general and information about our practice like opening hours.

The practice policy is to never talk about patients online and we don’t consult via social media.

A common social media mistake is to send out a stream of information about the services. It took me a while to figure out that the most successful people on social media are interacting and responding. They take time to listen to what others have to say and let the world know about the gems they find.

Social media is not about advertising. It’s about sharing ideas, experiences and information.

Although we have no research evidence, our impression is that people appreciate the practice’s social media presence.

Occasionally we get unhappy comments on our Facebook wall. A recent one was about the time people had to wait for an appointment. If we didn’t have a Facebook page these comments about our services would probably have gone unnoticed.

A potential issue practices can struggle with is the time staff spend on social media during working hours. For that reason, our practice has blocked access to Facebook and YouTube until there is evidence about the use of social media within the workplace.

The practice is finalising its social media policy in an attempt to address this issue and we’ve recently done a successful trial with Yammer, an internal enterprise social media network that connects all staff members.

But, as observed recently in the Sydney Morning Herald, “before Facebook and Twitter, there was coffee and chitchat around the water cooler … I’d rather have happy employees who sometimes go to Facebook and Twitter than unhappy ones who never do anything personal or fun online”.

Used in the right way, social media are great communication tools for practices, hospitals, health organisations and professional bodies. A good example of how to create a social media presence is available on the Centers for Disease Control and Prevention website.

Dr Edwin Kruys is a GP at the Geraldton Medical Group in WA.

2 thoughts on “Edwin Kruys: Give social media a try”