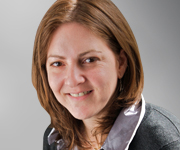 OFF-LABEL prescribing — prescribing of a registered medicine for an indication not listed in the product information or for a patient outside the approved age range — is controversial.

Those in favour of (judicious) off-label prescribing note that the practice can promote clinical innovation and provide options for patients with orphan diseases or for whom there are no other alternatives. Those with concerns generally cite instances of patient harm resulting from the practice.

A recent editorial in Nature Medicine, for example, cited the example of the “abuse” of off-label recombinant factor VIIa, which has been shown to cause severe thrombotic events in some patients. Most of the off-label use in the research was with patients with spontaneous central nervous system bleeding, advanced liver disease or trauma.

Despite such concerns, off-label prescribing is prevalent in Australia and elsewhere (up to 40% in some adult populations and up to 90% in some hospitalised paediatric patients). Most clinicians believe it is appropriate in certain circumstances, and hospital drug committees generally consider one of their legitimate governance roles is to oversee off-label use of medicines.

While arguments for and against off-label prescribing are generally based on the degree of available evidence and/or clinical outcomes, the practice can also have important economic implications.

For the most part, the economic effects are seen to be negative, usually because of concern that pharmaceutical companies promote off-label (non-evidence-based) use of their products in order to increase product familiarisation and perceived clinical need.

But the economic effects of off-label prescribing can also be positive. The use of bevacizumab (Avastin), to treat wet age-related macular degeneration (AMD) is a case in point.

A recent editorial in the MJA argued that bevacizumab, a vascular endothelial growth factor (VEGF) inhibitor currently listed on the Pharmaceutical Benefits Scheme (PBS) for the treatment of certain cancers, should also be listed for the treatment of wet AMD. The argument was that, while the currently listed treatment for wet AMD, ranibizumab (Lucentis) — another VEGF inhibitor — is safe and effective, it is also extremely expensive (costing taxpayers $237 million in 2010) and no safer or more effective for AMD than bevacizumab.

Importantly, before the registration and listing of ranibizumab, bevacizumab had been used off-label for the treatment of AMD and had been shown to be safe and effective. Indeed, despite not being PBS listed, bevacizumab was affordable (costing patients or institutions $50 per injection as compared to nearly $2000 per injection that ranibizumab currently costs the PBS).

Ultimately it was this experience with off-label use of bevacizumab that led to a recent (publicly sponsored) definitive study comparing the two treatments, the results of which now form the basis of the argument for listing bevacizumab on the PBS. The study demonstrated therapeutic equivalence at 1 year, with a slightly higher rate of serious adverse effects in the bevacizumab group, which the authors said required further study.

It was only because clinicians were using bevacizumab off label that this information came to light. Without such use, there might not have been sufficient evidence to motivate a pivotal trial, and there is no guarantee that the sponsor of bevacizumab would have taken this on.

Although there are good reasons to be concerned that industry may use all available means to extend the indications for their products for commercial ends, there may not always be sufficient financial incentive for companies to do so.

The treatment of AMD illustrates that there may actually be potential economic benefits of off-label prescribing. However, as the author of the Nature Medicine editorial said, clinicians need to be cautious in their interpretation of reports of “successful” off-label treatments.

Advocates of the quality use of medicines (QUM) outlined in the National Medicines Policy emphasise the need to use medicines safely and effectively, but also note the importance of choosing medicines that are cost-effective for individuals and the community.

Perhaps surprisingly, this might mean that we should accept that judicious and adequately regulated off-label prescribing might actually promote QUM in its full expression.

Dr Wendy Lipworth is an affiliate at the Centre for Values, Ethics and the Law in Medicine, University of Sydney.

This article was written with assistance from Associate Professor Ian Kerridge, director of the Centre for Values, Ethics and the Law in Medicine, University of Sydney, and Professor Richard Day, professor of clinical pharmacology at the University of NSW.

3 thoughts on “Wendy Lipworth: Counting the cost of off-label prescribing”