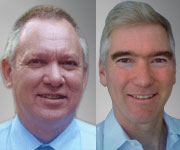 MANY people in the community — even some doctors — consider cannabis to be a harmless drug that might be indicated for some medical conditions.

However, there is emerging evidence that regular cannabis use, particularly by young people, increases the risk of developing schizophrenia.

Worse still, schizophrenia among cannabis users begins an average of almost 3 years earlier, often interrupting the patient’s education and the achievement of important milestones that can reduce the disability of mental illness, even when it is inevitable.

The scientific evidence presents us with a duty to warn people about the dangers of regular cannabis use but, given community attitudes to the drug, what is the best way to go about it?

In all of these situations it is important to recognise that, although cannabis is not legal, doctors do not have a duty to police drug laws.

Doctors are required to notify the police of serious offences if they have sufficient specific information that would result in a police investigation. However, a patient’s recreational drug use does not fall into this category and is an important part of the medical history, especially the mental health history.

It is amazing how frank patients can be about illegal drug use, either because of the respect and trust they have in medical practitioners, or because drug use seems to be normal behaviour in drug-using circles.

In order to support that confidence, a non-judgemental attitude about cannabis use is important, as is a warning to patients about the limits to confidentiality, such as the fact that medical records can be subpoenaed by courts, including the family court. This allows doctors to focus on the medical issues so they can act in the best interests of the patient.

In the case of a young person who is known to use cannabis, two strategies are recommended — clear communication about the effects of cannabis and motivational interviewing (a cognitive–behavioural technique that aims to help patients identify and change behaviours that may be placing them at risk of developing health problems). The same techniques are recommended for alcohol abuse.

The objective is to help the patient weigh up the risks and benefits of cannabis use, which includes providing information about the effect of cannabis on cognitive function and mood, as well as the risk of developing psychosis.

In the case of parents who are concerned about their children’s use of cannabis, the recommended approach is to provide the parents with the same information and encourage them to discuss it with their children, along with an offer to speak with the children directly.

Drug testing is of little value, given the high false-negative rates arising from the thresholds set by most screening tests, as well as the unhelpful effect of testing on the therapeutic alliance.

Counselling a substance-using parent is a more difficult balancing act, because of the duty to consider the welfare of the child as well as the patient. The risk of developing a psychotic illness triggered by cannabis use declines with age, but should be considered at any age, along with any information about the patient’s performance as a parent.

In addition to the advice that cannabis use makes the symptoms of most psychiatric disorders worse, parents who use cannabis should be asked to consider the welfare of their children and the example they set to a child who might go on to develop schizophrenia if they take up smoking cannabis at an early age.

Dr Matthew Large and Dr Olav Nielssen are psychiatrists based at the school of psychiatry, University of New South Wales. They were coauthors on a paper published in Archives of General Psychiatry titled “Cannabis use and earlier onset of psychosis”

One thought on “Matthew Large”