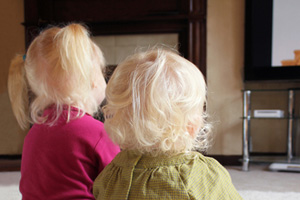 NUTRITION experts have called for increased government regulation of TV fast-food advertisements aimed at children after new research shows the food industry’s self regulation has not worked.

They have also suggested that doctors include questions about TV viewing and fast-food intake as part of their usual history-taking with young families.

Research in the MJA found that children’s exposure to TV ads for unhealthy fast foods was essentially unchanged since self-regulation was introduced in August 2009. (1)

The voluntary, self-regulation initiative stated that fast-food companies would ensure only food and beverages that represented healthier choices were promoted directly to children under 14 years of age. (2)

Companies including McDonald’s, KFC and Pizza Hut were initial signatories to the code, called the Australian Quick Service Restaurant Industry (QSRI) Initiative for Responsible Advertising and Marketing to Children.

In the MJA study, researchers analysed all TV ads for food broadcast over 4 days in both May 2009 and April 2010 and found that the mean frequency of fast-food advertising had increased overall, from 1.1 to 1.5 ads per hour.

“Non-core” (unhealthy) fast foods comprised a smaller proportion of all fast-food ads in 2010 compared with 2009 (93% vs 67%); however, this decrease was predominantly in companies not signed to the self-regulation initiative.

“We found no difference between the number of non-core fast-food advertisements viewed by children in the sample periods before and after the introduction of the QSRI initiative”, the researchers wrote.

Nutritionist Dr Rosemary Stanton agreed with the study authors that self-regulation had had only a “limited impact”, and it was time for the government to intervene.

“I’d like to see a bit of bravery from the government … they said, ‘we’ll give self-regulation a go’. Well, we’ve given it a go, and it hasn’t worked”, Dr Stanton said.

Professor Louise Baur, a paediatrician at the Children’s Hospital, Westmead, also agreed there was a need for greater government regulation, such as banning all unhealthy food and beverage advertisements before 9 pm.

However, the Australian Association of National Advertisers (AANA), which helped develop the code, said it was encouraging that the proportion of unhealthy fast food ads had decreased. It said the findings suggested that the average frequency of fast food ads promoting healthier alternatives had increased.

The researchers in the MJA study said that several systematic reviews had found that children’s exposure to fast-food advertising negatively influenced their food intake.

Professor Baur recommended that doctors ask young families about their “screen time” and fast food and takeaway intake as part of a normal history-taking.

“Ask about their screen exposure time, particularly TV time. You could ask: ‘How many hours are you watching? How many TVs are there in the house? Is there a TV in the child’s room?’

“It gives doctors an idea if this is a vulnerable, at-risk family, or whether a lot of things are working to support the health of their children”, she said.

Dr Stanton and Professor Baur acknowledged the need for parents to take responsibility for their children’s food choices, but agreed that this was not exclusive of the need to create an environment that supported them to do so.

“Never before have families had to deal with such a barrage of sophisticated marketing targeted to young children. It’s a multibillion dollar industry and it’s very tricky to withstand this very persuasive advertising”, Professor Baur said.

The MJA research comes as a new study shows that obesity rates in Australia are projected to increase substantially in coming years. By 2025, one-third of children aged 5-19 are predicted to be overweight or obese, as are 83% of men and 75% of women aged 20 years and over. (3)