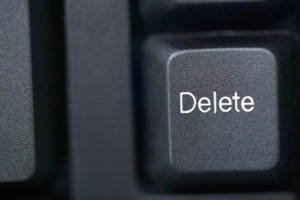 Demand for action on research fraud

A RECENT case of research fraud highlights the need for independent, publicly funded research and enhanced access to raw datasets, according to experts.

An editorial in this week’s MJA, by Professor John Myburgh of the George Institute for Global Health, describes how a German anaesthetist, Joachim Boldt, fabricated a published study on colloids. (1)

After Boldt’s research was published in the journal Anesthesia and Analgesia, letters of concern sent to the journal’s editor prompted an inquiry that found there were no original patient or laboratory data to support the findings and the report was retracted. Subsequently a further 87 of Boldt’s reports in 18 journals were also retracted.

Eleven of the Boldt reports relating to a specific colloid used for fluid resuscitation had been used in submissions to regulatory bodies including the Therapeutic Goods Administration in Australia.

“The magnitude of the Boldt case is unprecedented in intensive care medicine. It ranks with the fraudulent research conducted by Wakefield (measles–mumps–rubella vaccine) …”, Professor Myburgh wrote.

Professor Jamie Cooper, director of the Australian and New Zealand Intensive Care Research Centre at Monash University, said he believed research fraud was rare and the Boldt case was “exceptional”.

Professor Cooper said that having more publicly funded research might help protect against research misconduct. “I think one of the answers is that we need to put more government money into independent research, which is not subject to these pressures from industry”, he said.

Ethics committees at universities or research institutes could also take more steps to protect against fraud or misconduct, such as ensuring that all trials were subject to independent monitoring, Professor Cooper said.

Journals could also impose more rigorous standards such as requiring receipt of all versions of the research protocol submitted to the ethics committee.

The Australian Government recently took steps towards protecting against research misconduct with the establishment in January of the Australian Research Integrity Committee. (2)

The committee can review institutional investigations into research misconduct upon request, however it has not undertaken any reviews to date.

There is also a move within Australia and internationally to enhance sharing of raw datasets from clinical trials.

In January, Professor Warwick Anderson, chief executive officer of the NHMRC, signed a joint statement with 16 other international health research funders, committing to work towards sharing data to “unlock the full potential of research”. (4)

Dr Tim Dyke, executive director of governance and strategy at the NHMRC, said sharing raw data would also help prevent research misconduct, which undermined public trust in science and research and had implications for patient safety.

“The enhanced transparency would certainly help because people could check results against the raw data and determine whether they’re fabricated,” he said.

Dr Dyke said the NHMRC would work with the research community to determine the best mechanisms for data sharing.

Dr Suzanne Morris, research integrity officer at the University of Queensland, said universities around Australia were discussing the possibilities and practicalities of data sharing.

“I think there’s a lot of merit to making data more accessible, subject to confidentiality and intellectual property concerns”.

Dr Morris said institutions needed to support researchers to share their data, such as by developing data-sharing tools.

4 thoughts on “Demand for action on research fraud”