Alasdair Millar: Why QI is a waste of money 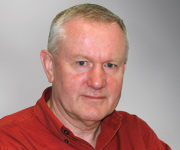 Who would dare criticise? I argue that clinical QI practice is failing to satisfy its ostensible aims and is a threat to health.

QI in hospitals has a wide range of functions, such as developing clinical pathways, accreditation, maintaining professional competence, reporting sentinel events and reviewing morbidity and mortality, and behind each of these is a bureaucracy. Thus, aggregate costs are high.

Every hospital has a quality unit, and there are state and federal quality organisations under various names with duplicated or overlapping roles. The cost of government-funded QI across Australasia could easily exceed seven figures, without including the unknown costs of individual projects.

The marginal cost of QI is unmeasured, but must also be high.

Modern hospitals operate at a high degree of safety, with error rates of individual types (eg, prescribing or surgical errors) being less than 2%. Improvement is possible, but is necessarily affected by the law of diminishing marginal returns.

Since QI is funded from within the health budget, funds are siphoned from direct patient care, compromising clinical outcomes. Silo budgeting negates direct effects, but indirect competition certainly exists. For example, the “SQuIRe” project cost the WA Health Department $24 million over 3 years. Its funding was recently extended, while clinical services were under threat.

The New Zealand government has recently introduced a maternity QI program, but will fund it at only four “demonstration sites” while simultaneously requiring all health boards to decrease expenditure in real terms.

Hospital QI is dominated by policies generated by government organisations and other external influences, such as the need to maintain accreditation or to implement standardised processes.

In response to avoidable hospital deaths, the NSW government created two new state agencies and expanded another, at what is likely to be substantial cost.

The roles of such agencies are presented to the public in a favourable light, but have the effect of restricting the capacity of individual hospitals to analyse and solve their own problems. Whether patients obtain any benefit from centrally or politically derived policies is moot.

Mandatory reporting of sentinel events was introduced as a means of reducing such events, but the trends to date are constant (Victoria) or the opposite (WA and New Zealand).

One large study showed improvements in process measures but not in clinical outcomes, and, in the UK, efforts to improve doctors’ working hours has been “spectacularly unsuccessful”.

The SQuIRe website contains no outcome data, and those of the three new NSW agencies mentioned above contain no record of patient benefit.

The QI industry has no requirement to demonstrate cost effectiveness (as is mandatory in other areas), and there is no justification for this. A detailed study was unable to show cost effectiveness of QI or that it produces net savings.

QI is largely process based. Outcomes are measured using methods inferior to those providing the highest level of clinical evidence. The methods are appealing because the end points are easily measured quickly, using small samples, but the data suffer from bias, unintended consequences and lack relevance to clinical outcomes.

There is a division between QI and clinicians, for whom the main threat to patient safety lies in budget constraints restricting access to proven treatments, and for whom improved clinical outcomes derive from applying clinical trial evidence.

Involvement in QI projects, in addition to that required for registration purposes, consumes time and effort for little tangible gain.

In summary, clinical QI needs to be reviewed because it is possible that it involves substantial expenditure for little return, and thus compromises clinical outcomes. This review should include the methods and benefits of hospital accreditation.

QI projects and policies should be conditional on a satisfactory prospective business case, based on clinical end points. National and state bodies need to delegate QI efforts to individual hospitals, where local problems can be owned by those most immediately affected.

Dr Alasdair Millar is a physician and clinical director at the Southland Hospital in Invercargill, NZ.

This Opposing Views article appears in the MJA. It is reproduced with permission of the MJA. Please click here to read the opposing view by Dr Bill Runciman.

One thought on “Alasdair Millar: Why QI is a waste of money”