Terry Barnes: A prescription for privilege 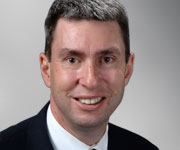 AS the wider game of health reform drags on, one element has remained untouched and overlooked — the control, ownership and dispensing network of community pharmacies under the Pharmaceutical Benefits Scheme.

Doctors, especially GPs, should envy pharmacists. Can GP practices only be owned by medical practitioners? No. Can competition from other GP practices be beaten off with the force of a signed agreement with the federal government on MBS eligibility? No. Can GPs override contractual obligations because third parties are prohibited from benefiting directly from investing in their businesses? No.

Yet pharmacists who own community pharmacies enjoy such rights under multi-billion dollar agreements between the Pharmacy Guild of Australia and both the government and the government’s professional regulation regime.

These blatantly anti-competitive restrictions commercially benefit a fortunate few against the many — including thousands of employee and trainee pharmacists for whom owning a pharmacy is a pipe dream. These restrictions do nothing for safe and competent professional practice or innovative medication management. Regardless of ownership, these are jobs of the pharmacist in charge.

The powerful Guild aggressively defends the interests of the proprietors of 5000 community pharmacies around Australia. It negotiates 5-year Australian Community Pharmacy Agreements with the federal government that govern dispensing and other remuneration under the PBS, and micro-reforms of pharmacy practice linked to that remuneration.

In successive agreements the Guild gave ground here and there to deliver the government “savings” — which aren’t really savings as much as moderate reductions in the forecast growth of PBS outlays, often borne by pharmaceutical wholesalers and manufacturers rather than pharmacists themselves.  But over the five agreements to date, rules about pharmacist-only ownership and location, preventing other more efficient operators from moving into a pharmacist’s local patch, have not only survived but have thrived.

Because the agreements are private negotiations for public money between government and the Guild, others with related PBS interests depend on the Guild’s benevolence for recognition.  For example, the remuneration of pharmaceutical wholesaler that is linked to dispensing, including the Community Service Obligation funding pool that underwrites “full line” distribution, is incorporated into the agreement that the Guild alone signs.

Yet, when it comes to reciprocal support for pharmaceutical manufacturers in the current battle over Cabinet intervention in evidence-based PBS listing decisions, the Guild is conspicuously absent from the healthcare coalition that includes the AMA and the Consumers’ Health Forum. This absence is puzzling if the Guild truly is concerned about quality access to medicines as opposed to commercial interests.

In 1999 the National Competition Policy Review of Pharmacy, whose report I drafted, concluded conveniently that there is a public interest in retaining pharmacist-only ownership and location restrictions. This was seized on by the federal and state governments even as they buried many of the review’s sensible recommendations for liberalising other pharmacy business and registration practices, such as enabling third parties to have enforceable pecuniary interests in a pharmacy business.

The Guild prevailed then by successfully confusing the boundary between commercial and professional practice — and by raising a healthy fighting fund from its members.

What is needed is a new challenge to retail pharmacy’s privileged position as part of wider health care reform. That should included a wide-ranging economic and regulatory review done by the only organisation in Australia with the prestige, capacity and clout to ensure that the interests of good healthcare and consumers prevail over those of a privileged few — and that governments can’t ignore.

That means a comprehensive Productivity Commission inquiry, done by independent commissioners who won’t be bullied and are open to a wide range of views and to economic and best practice evidence.

Alas, this prescription won’t be dispensed. The Guild would oppose it implacably, and it has very deep pockets and is superbly organised.

The major political parties are too pusillanimous — let’s just call them risk-averse — to uphold consumer and taxpayer interests in what could be a protracted, nasty and politically damaging fight with the Guild. They know the Guild will mobilise its members and public opinion against any threat to its members’ self-interest, especially the sacred cows of pharmacy ownership and location — and the Guild knows they know.

Anyone who believes in consumer-centred quality, innovative and evidence-based health care should be saddened by that.

Mr Terry Barnes is a consultant who advised two Howard Government health ministers and ran the National Competition Policy Review of Pharmacy (the Wilkinson Review) in 1999.

3 thoughts on “Terry Barnes: A prescription for privilege”