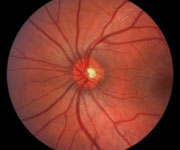 A US study showing that the number of people with age-related macular degeneration (AMD) has dropped by almost one-third in 15 years is encouraging, say leading Australian ophthalmologists.

The study, reported this month in the Archives of Ophthalmology, showed a 6.5% prevalence of AMD in the 2005–2008 National Health and Nutrition Examination Survey (NHANES) of 5553 people aged 40 years and older.(1)

Both studies used the same definition of AMD, the authors said.

“The decreasing prevalence of AMD may reflect recent changes in the frequency of smoking and other exposures such as diet, physical activity and blood pressure associated with AMD,” they said.

Professor Robyn Guymer, who heads the Macular Research Unit at the Centre for Eye Research Australia (CERA) in Melbourne, said the results of the study were very encouraging.

Associate Professor Fred Chen, of the Lions Eye Institute in Perth, said the US study had limitations but was consistent with previous studies that also showed a decline in frequency of AMD.

However, there were no data in Australia on whether AMD prevalence was increasing or decreasing, said Professor Chen, who is associate professor of ophthalmology at the University of Western Australia.

Professor Guymer said the US study could not be compared with the Blue Mountains Eye Study (BMES), which did not report changes over time.(2)

Results from the BMES suggested an exponential increase in the frequency of late-stage macular degeneration with increasing age, and slightly higher rates in women than men.

Professor Guymer said delay in diagnosis was a problem with AMD and was mainly due to people not going to see their doctor when they had a problem, particularly in the first eye.

“The key message we need to get out is that if [patients] have a family history or have been told earlier that [they] have symptoms, [they] need to test by closing one eye and checking the other for distortion of vision….”

She said patients could keep an Amsler chart on their fridge or the back of the toilet door and check once a week for changes in vision.

Professor Chen said the key for GPs is not to ignore non-specific visual symptoms in patients in the age group at risk of AMD, which is anyone over the age of 50.

“Often, these patients may complain of trying multiple pairs of reading glasses and not getting anywhere. What AMD doesn’t cause is red eye or painful eye or headache,” he said.

“Anyone with known history of AMD and presenting with distortion and scotoma should go straight to casualty within 24 hours for ophthalmological assessment.”

Professor Guymer said CERA was involved in international trials of drugs used alone or in combination with the monoclonal antibody fragment ranibizumab (Lucentis), to treat AMD.

“The hope is that they will be longer lasting [than ranibizumab alone] and if that is the case, it would mean fewer injections,” Professor Guymer said.

There were also five randomised trials comparing Lucentis to Avastin (bevacizumab), which was a much cheaper alternative, but the results were not finalised, he said.