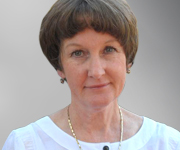 THE current Medicare rebate system penalises GPs working in areas of need because, despite often dealing with more complex presentations, they earn significantly less income and work with fewer resources than their colleagues in more affluent areas. Let me tell you why.

An area of need (AoN) is defined by the WA government as “a location in which there is a recognised lack of specific medical practitioners or where there are medical positions that remain unfilled even after recruitment efforts have taken place over a period of time”.

For 18 years I worked as a GP in an AoN in an outer metropolitan Perth suburb until 2007 when I took the opportunity to work part time at a Perth hospital. To maintain my general practice skills I also moved to part-time practice in an affluent inner city area. It was the first time I had worked outside an AoN.

I kept in contact with my former AoN practice, which now had just one woman GP, who was 67 years old, and seven men —  a significant gender imbalance.

After two years at the hospital I wanted to return to full-time general practice and initially practised in both the affluent area and the AoN. But the demand at the AoN practice was so great I decided to go back there full time.

It was at this point my salary dropped by about $30 000 a year after tax. I knew it would drop but had no idea it would be by so much.

The difference is simply private billing versus bulk-billing. No doubt some will say why don’t you bill then? It is because a lot of the people in an AoN are very poor, on pensions or health care cards. I do not want my patients going without healthy food, clothing, shoes and petrol to pay to see me.

The practice in the affluent area had an excellent standard of medicine and there was an abundance of part-time women doctors. No wonder.

Currently I only see women patients because of patient need and book 15-minute appointments. The problems are often complex and time-consuming in people with few support services and resources.

I have always worked in poor areas and I was happy. However, after having worked in an affluent area and been paid so much more it has been difficult to reconcile that difference.

A system that rewards doctors so extravagantly for working in affluent areas and does not recognise the difficulties or financial penalties of working in an AoN is extremely unjust.

Why don’t we all work in affluent areas and charge $65 a patient for a level B consultation? Well, that is precisely what is happening and why there are AoNs.

There is also the issue of employing overseas doctors in AoNs. If we employed carpenters or miners or hotel staff in similar ways there would be an outcry. Bringing people to Australia to work for less money in worse conditions would not be tolerated in mining or many other industries.

So here, in Australia, we have a two-tier system that is not getting better — it is getting worse. There are fewer services for the poor, they have less access to doctors, particularly women doctors, and the doctors they do have access to often come from different cultures compared with affluent areas.

I have given a great deal of thought to a possible solution.

One is more flexibility in the relocation grant, which is only available to those who apply before they relocate to an AoN. I was not aware of these grants before I moved. If I had, the payment would have gone some way to compensate me for the lower income.

The second is to increase the rebate for bulk-billing in an AoN.

Simply graduating more students is not going to address the problem of doctors working in AoNs being treated as second-class medical citizens and receiving a fraction of the income of doctors in better resourced areas.

And the sad thing is I will probably have to work in an affluent area 2 days a week to subsidise my AoN practice. So, once again, the people in that area will “lose” a female medical practitioner.

I will see men and children as well as women, with some faster, less stressful consultations, and at the same time boost my income. But somehow that doesn’t seem right.

Dr Tracey Palmer is a GP practising in WA.

3 thoughts on “Tracey Palmer: Counting the cost of location”