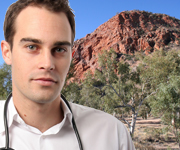 A REVIEW of medical students’ placements in Aboriginal communities has found concerns about the quality of clinical supervision, but most students still rate their placements highly.

The exploratory study in the MJA audited files from the Northern Territory General Practice Education’s Rural Undergraduate Support and Coordination Program of 163 medical students in Central Australia who undertook placements in remote Aboriginal communities between January 2006 and December 2007. (1)

The audit found that of 98 students with adequate documentation, 17% experienced “potentially distressing incidents”, which were broadly defined, ranging from riots in the community to personality clashes in the office.

Thematic analysis of the incidents indicated that clinical supervision was the key area of distress for students, followed by concerns about the professional skills of other health professionals in the team and administrative issues such as transport.

Demanding clinical workloads resulted in students sometimes not getting appropriate clinical supervision but being seen instead as a “valuable ‘pair of hands’ ” and left to see patients on their own, the authors wrote.

Non-clinical, administrative issues were also found to have serious safety implications for students. The review highlighted the case of a female student who was not picked up when she arrived at the community at 3 am on a bus from Alice Springs, and had to rely on a passerby to transport her to the hospital.

Despite the relatively high rate of distressing incidents, 85% of students rated their overall placement as above average or excellent, and 81% believed it had increased their interest in rural practice.

This suggests that “a ‘distressing’ incident does not necessarily lead to an overall negative placement and may in fact be a powerful learning experience”, the authors wrote.

In a related editorial, Dr Louis Peachey, a senior medical officer at Atherton District Hospital, and researcher Kristin McBain-Rigg, of the Mount Isa Centre for Rural and Remote Health, in Queensland, said the findings “raise genuine concerns about the adequacy of clinical supervision and organisation for remote area placements”. (2)

However, they said the research also raised the “philosophical quandary” of how much medical students should be cushioned from the realities of remote communities.

“To what extent do we wish for the students to experience the joys of remote education without the sorrows of remote area living?”

They also questioned whether the risks of remote practice were a disincentive for medical students, or in fact part of the attraction.

“… there is a danger that, in focusing only on possible harms, we underestimate the power of difficult circumstances to enhance the very attributes that are required for the long haul in rural and remote practice”, they wrote.