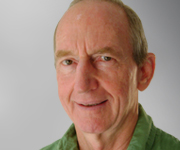 A study published in the latest issue of the MJA shows an association between increasing alcohol restrictions and falling rates of serious injury in Aboriginal communities in Cape York, Queensland.

As the authors acknowledge, their study does not address possible unintended consequences, such as substitution of other drugs (especially marijuana) or displacement of drinkers to places where alcohol is available. Nor does it examine the important issue of the degree of local support for the restrictions.

The article seems to imply that the restrictions were initiated by local community justice groups and promulgated by various agencies of the Queensland Government.

My understanding is that the process was rather different.

In 2002, in response to a government-commissioned inquiry into substance misuse and violence in Cape York Indigenous communities, conducted by Justice Tony Fitzgerald, the government committed to introducing restrictions on alcohol availability throughout the Indigenous communities. These changes were to be implemented in consultation with communities and, to that extent, the community justice groups and other voices were heeded.

But the government insisted from the outset that restrictions of some sort must take effect, and set boundaries defining what it would and would not accept. In doing so, the government was giving effect to an important policy shift with regard to alcohol consumption by Indigenous people, the implications of which are still being worked through today.

Put simply, the shift represents an abandonment of a rights-based approach (under which, after decades of prohibition, Indigenous Australians enjoy formal equality with other citizens with respect to alcohol) towards an approach in which governments are increasingly willing to exercise discriminatory powers to restrict Indigenous people’s access to alcohol.

This change is in response to confronting evidence of the damage and suffering wrought in Indigenous communities by excessive alcohol consumption. Fitzgerald himself foreshadowed this shift in his 2001 report.

In his view, the consequences of alcohol misuse were so pervasive that “despite constitutional obstacles, unless significant improvement is reported within three years consideration should be given to a prohibition on the supply and consumption of alcohol”.

In adopting this stance, Fitzgerald was influenced by two leading Aboriginal thinkers: Noel Pearson, director, Cape York Institute for Policy and Leadership; and Marcia Langton, professor of anthropology, University of Melbourne, who assisted Fitzgerald in his inquiry.

More recently and dramatically, a similar shift informed the NT Emergency Response (NTER) imposed on NT Indigenous communities in 2007 in the final months of the Howard government, and substantially retained by the Rudd and Gillard governments.

The NTER included a blanket ban on possession or consumption of alcohol on all Aboriginal land in the NT. Introducing the measures into parliament, the then Minister for Indigenous Affairs, Mal Brough, was unapologetic about curtailing Aboriginal drinking rights: “When it comes to a choice between a person’s right to drink and a child’s right to be safe, there is no question in my mind which path we must take.”

As the anthropologist Peter Sutton noted, these policy shifts are part of a broader rethink in Aboriginal policy. The rights-based policy consensus that emerged in the 1970s in the wake of the assimilationist era, with its faith in the transformative powers of self-determination and Indigenous cultures, has been eroded by the sheer weight of evidence of worsening violence, disease and poverty.

The continuing intensity of debate around Aboriginal policy in general, and the NTER in particular, shows that, to date, no new policy consensus has emerged to take its place.

In the meantime, however, pressing questions require answers.

An especially relevant one here is: after restrictions on alcohol availability, what next? One of the lessons that emerges, not only from Cape York but from other studies of local alcohol management plans is that governments that are willing to change regulations governing the sale of alcohol are much less energetic when it comes to finding the resources for, say, treatment and rehabilitation centres or other interventions.

This is hardly surprising: it costs almost nothing to amend regulations, whereas most of the treatment options for alcohol misuse are expensive, difficult to staff (at least, in regional and remote settings) and of dubious effectiveness.

Any moves to a more top-down approach also risk trampling on local community-based initiatives unless due recognition is accorded the latter.

In short, alcohol restrictions of the type assessed here have an important place in any strategic approach to preventing and managing Indigenous alcohol problems. Such strategies, however, raise at least two further questions.

First, what processes will do most to ensure that the restrictions genuinely enhance community capacity to manage alcohol? Second, what additional measures, apart from supply reduction, are required?

One thought on “Peter d’Abbs: Elusive answers on alcohol abuse”