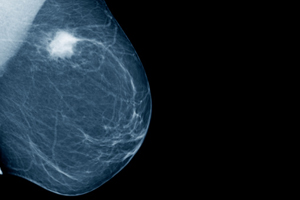 EXPERTS are divided on the impact of false-positive mammogram screening results, with new research showing that women who receive a false-positive result are more likely to attend their next screening appointment.

Irish research published in the Journal of Medical Screening found that re-attendance rates were 90.7% for women who were recalled for a false-positive assessment, compared with 89.0% for women who were not recalled. The results reached statistical significance despite the small proportional difference. (1)

“From talking to patients, my feeling is that women are grateful that we’ve been so thorough, so they’re more motivated to come back next time,” Professor Boyages said.

However, Associate Professor Liz Wylie, BreastScreen WA medical director, said the Irish results were “completely contrary” to the experience of her screening service.

A recent unpublished audit by BreastScreen WA, involving about 1 million women over 10 years, found a “significant decrease” in return to screening among women who had received a false-positive result, Dr Wylie said.

The Irish research found that the longer women waited between being recalled and receiving the non-malignant diagnosis, the less likely they were to re-attend. The BreastScreen WA research confirmed this finding.

“The longer women sit around thinking they’ve got breast cancer, the more traumatic that experience is and the less likely they are to participate in future,” Dr Wylie said.

She said that false-positive recalls also meant that women with actual breast cancer had to wait longer to access limited diagnostic resources when recalled.

BreastScreen WA was working towards a less “risk averse” approach and reducing its false-positive rate, mainly through providing more staff feedback on the ill effects of false positives. “We recognise that there are adverse consequences of a high recall rate. It’s a waste of resources and we’re working to reduce it,” Dr Wylie said.

The Irish study also found that the more invasive the procedure used in diagnosing a benign tumour, the less likely women were to re-attend. Re-attendance rates were 80% for women who had an open surgical biopsy, compared to 91% for women who had no tissue sampling.