Terry Coyne: Why I left the public hospital system 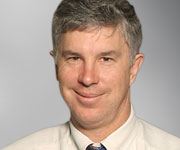 AFTER completing my specialist training and overseas fellowship, I spent 11 years working between five and six sessions a week as a visiting medical officer (VMO) in neurosurgery at adult and paediatric public hospitals.

The remainder of my working week was in private practice. Several years ago, I resigned from my public appointments. There were a number of reasons for this.

I accept that things may be different now, that my circumstances may have been unique to me or to my specialty, or that I was too sensitive. Nonetheless, my reasons for leaving the public system are outlined, in no particular order, below.

A feeling of constant combat with administration: I had the feeling that, as a clinician, I was essentially a cost generator, and needed to be kept in check. That I was there to help ill people get better seemed to be beside the point.

Negative interaction with administrators ranged from the petty (our department secretary was forbidden from sending letters related to a college exam I was organising — this was my personal responsibility because it “didn’t relate directly to patient care”), to the outright hostile (being told the views of VMOs at a departmental meeting were of no interest because “in this hospital, the tail doesn’t wag the dog”).

I was once at a hospital meeting where we VMOs were told that if we didn’t like the way the hospital worked, there were many South African doctors “just waiting to take your place”.

While I initially enjoyed the jousting, over time, the constant antagonism began to grind me down, and coming to work was just was no longer enjoyable.

Lack of guaranteed indemnity: This is an important issue in my specialty, in which compensation settlements can be large. Private medical defence organisation contracts generally exclude public hospital work.

While there were verbal assurances from administrators that “VMOs would be covered”, this was never put in writing, and all written documentation I ever saw allowed the state government to exercise discretion as to whether a VMO would be indemnified in the event of a claim.

Two of my colleagues were denied indemnity before my resignation because, although surgery was undertaken in public hospitals, the alleged negligent action was deemed by health department administrators to have occurred outside the hospital grounds and was therefore the surgeon’s personal responsibility.

Difficulty reconciling different standards of care: This was manifest in several ways.

I found it difficult to see enough outpatients in my weekly clinic to keep the outpatient waiting time acceptable. Taking a reasonably complete history, examining patients and reviewing the findings of investigations takes a certain time, particularly if this is also combined with teaching registrars, residents and medical students.

The number of patients that would occupy an entire day of consulting in private practice would be scheduled for a 2–3–hour public clinic. When I tried to reduce the clinic appointments to a more manageable number, the waiting time to attend the clinic quickly blew out to more than a year.

Frequent cancellation of my weekly operating list: This was largely because most of my patients require postoperative care in the intensive care unit (ICU) or high-dependency unit (HDU). My weekly operating day was a Monday, and the ICU and HDU were frequently full of patients with problems like trauma and drug overdose after the weekend, which meant my patients could not have their surgery.

Additionally, a number of public holidays fall on a Monday, and while surgery considered reasonably necessary can generally be negotiated in a private hospital, in the public hospital only absolutely urgent cases could be done. This is understandable, but I was still left with the problem of having patients needing surgery some time that week, but now with no time allocated to perform it.

Better operating theatre equipment in the private sector: This was the case during my 11 years in the public system. Examples included higher quality operating microscopes and image guidance technology.

Financial aspects: No VMO attends a public hospital to become rich. However, it shouldn’t be the case that a VMO all but pays to work there.

I was spending a third of my time at the public hospital, but the costs of running my private practice continued 100% of the time. When I left the public system, based on practice costs spread over a nominal 45–hour week, my net rate as a VMO was $30 an hour.

I therefore had to either accept that my family would live on what I could earn during the remainder of the week, reduce my VMO hours (not easy to do in my specialty while still providing a reasonable service), or just work more hours in private practice and abandon any hope of a balanced lifestyle.

Ultimately there was no single reason why I left the public system. It may have been possible to tackle some or all of my issues, but, at the time, I felt the chances of achieving any meaningful change were poor.

There are many good aspects of a public appointment, including the chance to help those who are less well off, the sense of giving something back to the system that provided much of one’s training, and more opportunity to teach and mentor the next generation of surgeons. However, over time, the negative aspects came to outweigh the positive.

I take some comfort in the fact that I wasn’t the only one feeling this way; 12 months before my resignation, my public hospital department had two full-time staff and three VMOs. Two years later, of those five, only one full-timer remained, the others had moved into full-time private practice.

Dr Terry Coyne is a neurosurgeon at the Wesley Hospital and St Andrews War Memorial Hospital in Brisbane, Queensland.

This Opposing Views article appears as a Rapid Online Publication in the MJA. It is reproduced with permission of the MJA. Please click here to read the opposing view by Dr Diana McKay.

3 thoughts on “Terry Coyne: Why I left the public hospital system”