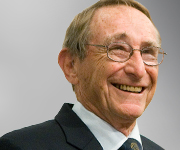 MEDICAL practitioners are often not good at politics.

Few medically trained people will try politics, some have a contempt for the political process (and often have a greater contempt for the process of administration), and others may enter politics only to fail in this arena.

Few of our national leaders have been medical practitioners. It is odd because top school-leavers often choose to study medicine and many of the top performers in undergraduate courses go on to postgraduate medical courses.

So, there is no lack of intellectual ability in medicine. It is a matter of a lack of political skills.

In comparison, look at the success lawyers have had in political life. Many of them engage with politics and some of them succeed magnificently.

Some lead their parties and some become national leaders. Julia Gillard, Bob Hawke, John Howard and Peter Costello are all lawyers. Malcolm Turnbull is a lawyer. Gough Whitlam is a lawyer.

Some medicos have enjoyed political success. For example, Earle Page was Prime Minister in 1939. Brendan Nelson was leader of the Liberal Party of Australia, and Bob Brown leads the Australian Greens.

But medicos are trained as scientists and are not trained in selling — a quite different set of skills. For a start, it is necessary to persuade enough electors to vote for you — and marketing  trumps evidence in that endeavour.

Next , it is necessary to have policies understood and accepted in the electorate (many will recall ALP president Barry Jones and the “spaghetti” diagram). Again, trained salesmen and women have the edge over those trained medically.

Medicos gather evidence and then draw conclusions. This is not how most people work. Just examine political news stories — conclusions are given first and evidence might follow.

Even evidence which seems overwhelming to medically trained people does not convince some folk. Just think of the body of evidence on the adverse effects of smoking and then reflect that we have been fighting this issue for half a century and still one-fifth of the population smokes.

Medical training provides medicos with a world view centred on the patient, but this means there is often scant regard for the resource implications, for economics, or for other world views.

Even facts are not clear. Different people might see the same situation quite differently. For example, a medico might see the epidemic of HIV/AIDS in terms of the affected people (often men who have sex with men) and the treatments which might be offered; an economist might see only the resultant costs attached to any intervention program; a moralist might see only sin.

The dilemma is that all three are seeing the same events and taking quite different views.

But it is important to avoid “group speak” in government, so there should be a diversity of views around each cabinet table and in any party room. For this to occur, we need to leaven the current dominant economic viewpoint with some other views — views which have people at the centre. Medical practitioners can help this leavening process.

More brave, medically qualified people should stand for political careers after they have succeeded in their profession. The loss to medicine would be offset by gains to the whole society.

But first medicos must acquire other skills, particularly in communication and selling of ideas, if we are to succeed as politicians. Until we have those skills, doctors in politics will continue to have very limited success.

Emeritus Professor Peter Baume was a gastroenterologist before being elected to the Senate in 1974 representing NSW for the Liberal Party. During 17 years in parliament he served in the Fraser government in several portfolios, including Minister for Aboriginal Affairs, Minister for Education and Minister for Health. After leaving politics in 1991, he was professor of community medicine at the University of NSW and chancellor of the Australian National University.

Professor Baume will be one of the speakers at a seminar titled “Doctors in politics” in Sydney on 16 May as part of the University of Sydney Controversies and Leadership in Health Seminars.