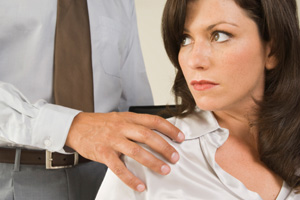 OBSTETRICIANS and gynaecologists, followed by psychiatrists and GPs, are more likely to be disciplined for professional misconduct than other doctors, according to an analysis of disciplinary cases published in the MJA. (1)

The analysis also found that male doctors were four times more likely to be disciplined for professional misconduct than female doctors.

The University of Melbourne research analysed 485 medical tribunal cases between 2000 and 2009 in which doctors were disciplined for professional misconduct in Australia’s four most populous states and New Zealand.

The leading types of misconduct were sexual misconduct (including sexual relationships with patients), which was the primary issue in 24% of cases, followed by illegal or unethical prescribing (21%) and inappropriate medical care (20%).

Dr Joanna Flynn, chair of the Medical Board of Australia, said the nature of the doctor–patient relationship in the three specialties could perhaps explain the higher rate of disciplinary action.

“Compared with other doctors, the relationship is more ongoing, particularly for GPs. Psychiatrists and obstetrician–gynaecologists often have a more intimate relationship with their patients, which could create the potential for transgression of professional boundaries”, she said.

However, Professor Michael Permezel, vice-president of the Royal Australian and New Zealand College of Obstetricians and Gynaecologists, said that doctors in his specialty were well trained in “dissociating” their work from their private lives.

He believed that because obstetricians and gynaecologists deal with “highly emotive, life-changing events” such as childbirth and reproductive health, patients may be more likely to make complaints.

However, he said the low number of cases in the study (24 cases involving obstetrician–gynaecologists) made conclusions difficult.

RANZCOG has several training courses on improving professional practice, as well as a support service for doctors going through the disciplinary process, Professor Permezel said.

The researchers described the penalties imposed on disciplined doctors as “severe”, with 43% of cases resulting in removal from practice and 37% in restrictions on practice.

Dr Flynn said she was not surprised at the severity of the penalties because the research examined cases at the end of the disciplinary process.

The research also found that in 78% of cases the tribunal made no mention of any physical or mental harm to a patient as a result of the professional misconduct.

Dr Flynn said even if no patient harm is mentioned in relation to a case before the tribunal, it still may have occurred. “There is ample evidence that any breach of trust leads to subsequent harm to the patient”, she said.

Doctors were judged on their misconduct, not the outcome for patients. “If what the doctor is doing is risky, we should be intervening, not waiting until a patient is harmed.”