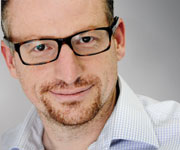 THERE are rumours of $400 million in funding cuts over 3 years to the National Health and Medical Research Council (NHMRC) in pursuit of a balanced national Budget.

In the 2009‒10 financial year, $708 million was invested by the NHMRC in Australian research teams working in clinical medicine, basic science, public health and the emerging discipline of “health services research”. If the rumours are true then annual funding for this research will decline by nearly a fifth.

The economic benefit of this cut is likely to be very small because the current net national debt is inconsequential when compared to the earning power of the Australian economy. The economic facts are that the economy will not be any better off with a marginally smaller national debt due to cuts for health and medical research.

So, what is the economic cost if the government decides to recoup $400 million from the NHMRC budget?

Health and medical research, and in particular “health services research”, is about how people access health care, how much it costs and what happens to patients as a result of this care. The aims are to identify good value for money in spending decisions while keeping an eye on fairness and equity of access. Some hot topics are clinical governance, measuring the quality of care, reducing medical errors, appropriateness of expensive hospital care and improved patient safety.

Good health services research has the potential to slow growth in health spending and improve health outcomes by showing policymakers the types of services to invest in and how they should be organised. Examples include research about appropriate screening methods for cancer, strategies to reduce risk of costly nosocomial infections, strategies to reduce emergency readmission to hospital and how to manage the costs of major complications of diabetes.

Cutting research funding might cost the Australian economy more than it saves, through higher health expenditures and worse patient outcomes.

A second set of costs will arise from losing highly specialised human assets. By the time an individual wins funding from the NHMRC they have spent at least 10 years in higher education and will have a doctoral and/or a medical qualification. They often know more about a particular subject than any other person and will represent important human capital in which to make further research investments.

If the level of the rumoured cuts were to happen then 1644 experienced postdoctoral researchers would be removed from the Australian research landscape. Even if the funding tap is reopened in the future, there would be delays in restoring previous levels of human capital and high-quality research output.

Major changes to knowledge through research — such as a vaccine against human papillomavirus-induced cancer, made a reality by 19 years of NHMRC support for Professor Ian Frazer — do not happen routinely but only after sustained effort. Reducing pressure on research outcomes will lower the chance of large and important breakthroughs.

Australian research punches above its weight in making contributions to health and medicine internationally. It would be a shame to reduce investment in something we do well. It also contradicts the policy ambitions of the current government, which are to develop a knowledge-based economy.

The United Kingdom government has announced the largest spending cuts for 60 years in an attempt to improve an economy in much worse shape than Australia’s. Close to £81 billion (A$126 billion) is to be cut from public sector spending by 2014‒15. Yet the UK government will increase spending on health research in real terms.

It will be a surprise if the federal government makes cuts to health and medical research as it has broad appeal to voters. Making “investments in a stronger health care system” and “progressing towards cures for cancer, diabetes and cardiovascular disease” sound like election-winning slogans.

Away from the political rhetoric, it seems unlikely the small economic benefits of this decision will outweigh the considerable costs. This government values knowledge and education yet they propose to cut the processes that generate it.

Professor Nicholas Graves is professor of health economics at the School of Public Health and Institute for Health & Biomedical Innovation, Queensland University of Technology, Brisbane.

2 thoughts on “Nicholas Graves: The real cost of research cuts”