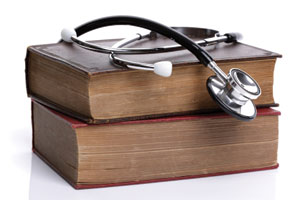 MEDICAL negligence claims against some doctors are being frustrated and prolonged due to the poor quality of some expert reports, according to medicolegal experts who have renewed calls for changes to the expert witness system.

There was an element of “hired gun” experts in some cases, where legal teams selected a doctor known to hold the views that supported their case, said Cheryl McDonald, who is claims department manager for medical indemnity organisation Medical Insurance Group Australia.

“Sometimes when you see a report and it’s by Dr X you know it’s going to be critical before you’ve even turned the page”, Ms McDonald said.

She said inaccurate or “mischievous” expert witness reporting could drag out claims that had little merit and might never go to court. This increased costs for the insurer which were then passed onto doctors through indemnity premiums.

“Even if the [expert’s] claims are mischievous, they are still lending support to the plaintiff’s claim, which then causes us to continue defending the claim. It’s a problem”, she said.

“Most doctors work very hard and take great professional pride in doing the best for their patients. For a doctor to be basically accused of negligence … it’s hugely traumatic”, he said.

Beth Wilson, Victoria’s Health Services Commissioner and a qualified lawyer, said the hired gun phenomenon remained a “major problem” with the legal system. She suggested expert witnesses be paid for by the state rather than by legal teams.

“I’d prefer a system where the expert witness was amicus curiae or ‘friend of the court’. Judges should be able to rely on the expert, knowing that their information is not biased towards one side or the other”, she said.

Dr Pesce said the AMA agreed that it would be beneficial if courts could appoint their own expert witness, perhaps in addition to the experts provided by either side. “Having a really independent expert might make the other experts think twice about what they have to say”, Dr Pesce said.

The calls for changes come after the United Kingdom Supreme Court ruled to remove immunity from prosecution for expert witnesses, which means an expert witness in the UK can now be sued for professional negligence if they provide a negligent opinion. (1)

Professor Roy Beran, president of the Australasian College of Legal Medicine, said there was a need to improve the quality of expert reporting but he believed removing immunity in Australia would not help, as reported last week in MJA InSight. (2)

The college plans to develop a register of expert medical witnesses who have undergone training and reached a certain standard, which Professor Beran hopes will improve the quality of reporting.

He said some experts currently seemed more motivated by the financial consideration attached to expert reporting rather than the more important commitment to unbiased assistance to the court.  Others may be out-of-touch with contemporary medicine.

“There are some who retired from clinical practice 10-15 years ago but still provide expert testimony which might be out of date. That’s not ideal.  With the potential loss of immunity, as per the English decision, it seems time to reappraise the requirements and standards for expert witnesses, as may be enforced through the register ” he said.

4 thoughts on ““Hired guns” still a problem for profession”