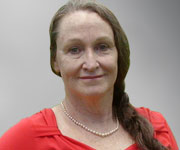 CHIROPRACTIC is, to most people, synonymous with back pain, spinal manipulation, bone-cracking and hard mattresses.

And it still would be for many of us, if the British Chiropractic Association had not decided to sue United Kingdom science writer Simon Singh for an article published in 2008. Singh claimed many chiropractic treatments were “bogus”, unintentionally bringing the dark side of chiropractic out into the open for the world to see.

Fortunately, the case was dropped in April last year. But by then these actions had backfired, with the General Chiropractic Council (GCC) being forced to admit that “chiropractic vertebral subluxations” was a made-up term used to describe invisible lesions of the spine — fundamental to chiropractic philosophy — which do not exist.

With 600 complaints being processed by the GCC, chiropractic in the UK was in meltdown.

Months after the court case, I noticed that nothing had changed in Australia with most chiropractic websites continuing to make unsubstantiated and worrying claims that chiropractic can be used to treat babies, infants and children for health conditions such colic, asthma, allergies, bedwetting, attention deficit hyperactivity disorder and ear infection.

Many chiropractors also advise parents against vaccination, recommending the Australian Vaccination Network (AVN) as a source of information.

In July 2010, the Health Care Complaints Commission issued a public warning against the AVN for inaccurate and misleading information.

Chiropractic is not even considered a safe placebo, with a review in 2010 of 26 published cases of deaths after chiropractic manipulations concluding that the “risks of this treatment by far outweigh its benefit”.

My interest in chiropractic stems from my investigation of alternative and complementary medicine that emerged from my breast cancer diagnosis in 2003 and the realisation that many alternative therapists use predatory behaviour to target the most vulnerable of patients.

Over the years, I have seen the parents of children with cancer wasting large sums of money on mostly useless complementary medicines, so I became involved in research that led to my involvement in an article published in the MJA and in a National Prescribing Service project on these non-prescription drugs.

Someone had to document chiropractic claims, so I decided that it may as well be me.

So far, the project has taken 7 months, and I have written a number of reports for the newly established Australian Health Practitioner Regulation Agency (AHPRA), the organisation responsible for the registration and accreditation of chiropractors as well as other registered health practitioners.

I documented websites, promotional activities and inappropriate services, and included evidence, expert opinion and considerable research. This resulted in a meeting with AHPRA in February this year, when I was assured that advertising and testimonials were a priority and that my reports were an important part of their ongoing investigations.

An intriguing finding from my research was that nearly every Australian chiropractic website makes similar claims. I concluded that the 19th century teachings of chiropractic in universities including the RMIT University in Melbourne, Macquarie University in Sydney and Murdoch University in Perth might be part of the problem.

When I noticed that the RMIT ran a paediatric chiropractic clinic, I realised that it was probably promoting inappropriate and potentially harmful treatments.

Armed with more evidence and additional research, I asked professors of medicine, psychology and science in Australia and the UK to support a report to Federal Health Minister Nicola Roxon, requesting that this clinic be shut down.

From both sides of the planet, the response was overwhelming.

As more letters continue to head for Canberra, and more support comes in from around the world, I can only hope that our transatlantic efforts will stop this blatant exploitation of our precious children.

Ms Loretta Marron is a science graduate with a business background and was named Australian Skeptic of the Year in 2007.