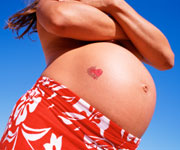 CONTROVERSY has erupted over a call by Australian researchers for routine testing of all pregnant women for vitamin D deficiency, with one expert saying supplementation should be subsidised and another warning it could lead to litigation.

The authors of a study published in this week’s MJA of 147 women with gestational diabetes found 41% had insufficient or deficient levels of vitamin D, a prevalence they said was unacceptably high. (1)

They advocated that all pregnant women should be tested at screening for gestational diabetes or earlier, and treated if found to be deficient.

The study of women who attended the gestational diabetes clinic at Westmead Hospital from 2007-2008, excluding those with pre-pregnancy glucose intolerance, found that 41% had insufficient or deficient levels of vitamin D. It found that ethnicity, occupational status and season significantly influenced vitamin D levels but BMI did not.

Deficiency was defined conservatively as less than 25 nmol/L serum 25-hydroxyvitamin D (25[OH]D), insufficiency as 25–50 nmol/L 25(OH)D and sufficiency as more than 50 nmol/L.

Endocrinologist Dr Alison Nankervis, president of the Australasian Diabetes in Pregnancy Society, said the federal government should generously subsidise supplements for women who were pregnant or presented for pre-pregnancy care and found to be vitamin D deficient.

“I really think it is important enough, particularly with potential long-term fetal outcomes,” she said.

However, Dr Chris White, director of endocrinology at the Prince of Wales Hospital in Sydney, said the recommendation for universal screening of pregnant women for vitamin D was premature and not evidence-based.

Dr White said while current immunoassays for the automated and rapid diagnosis of vitamin D deficiency could accurately detect profound and unequivocal vitamin D sufficiency, the greatest degree of diagnostic inaccuracy was in the range around the putative cut-offs of insufficiency.

“Any move towards screening pregnant women for vitamin D and decisions regarding treatment based on those results will require cross-calibration of those disparate results, standardisation of methods and perhaps even accreditation of laboratories that can produce a trustworthy result in this sensitive population of pregnant women,” he said.

“The litigious nature of the area is not inconsiderable.

Dr White said the study did not present any data that indicated any significant adverse fetal or maternal outcome purely and wholly related to vitamin D deficiency.

“Those who have a cavalier attitude towards screening pregnant women for anything may not have accounted for the maternal anxiety that an abnormal result will incur and the angst for doctor and patient alike trying to rectify it using an imperfect method of monitoring,” he said.

Dr Nankervis, who is senior physician to the diabetes clinic at the Royal Women’s Hospital in Melbourne, said some figures from the study suggested that at least 50% of women were vitamin D deficient.

“We are finding that the deficiencies are really widespread, even in women we would expect to be vitamin D replete, that is, Anglo-Saxons, and we can’t pick it clinically.”

They should be tested at their first screening visit, usually at 8‒12 weeks, rather than waiting until their random glucose tolerance test at 26 weeks, she said.

Treatment usually involved daily doses of 1000-2000 IU of cholecalciferol but could go up to 4000 IU. “But we find that the women who most need it are the ones who are least likely to afford it,” Dr Nankervis said.

Endocrinologist Professor Peter Ebeling, of the University of Melbourne, supported universal testing in an editorial published in the same issue of the MJA, saying current evidence strongly supported routine screening early in pregnancy. (2)

Supplementation to correct deficiency should be initiated early in pregnancy and one way to increase access might be to alter the scheduling of higher-dose, lower-cost vitamin D supplements, he said.

Professor John Newnham, head of maternal fetal medicine at King Edward Memorial Hospital in Perth and head of the School of Women’s and Infants’ Health at the University of Western Australia, said vitamin D deficiency was an important issue that had not received enough attention from the medical community in Australia and needed to be rectified.

“We, as a community, probably became very relaxed about this topic due to the false reassurance provided by our plentiful sunlight,” he said.

However, widespread screening and supplementation should be subject to randomised controlled trials, he said.