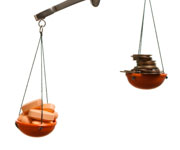 Call for registry on conflicts of interest

A CENTRAL registry of doctors with ties to industry should be created to ensure doctors routinely declare conflicts of interest, including when they author national clinical guidelines, says a leading Australian doctor.

But Professor Simon Stewart, head of preventative health at the Baker IDI Heart and Diabetes Institute, Melbourne, said doctors with conflicts of interest should not be banned from writing guidelines because it would likely diminish the quality of guidelines.

Professor Stewart, who was also a coauthor of the recent update of the Guidelines for the prevention, detection and management of chronic heart failure in Australia, said Australia had a relatively small pool of experts and would be hard pressed to find experts to write cardiovascular clinical guidelines who had no conflicts of interest.

“[A ban is not necessary] if we are open and honest about conflicts, ensure that a balanced panel of experts is recruited and invite external comments prior to publication,” he said.

The co-authors of the chronic heart failure guidelines declared that many of them had received paid honoraria for work performed on behalf of manufacturers of therapies described in the guidelines. However, they said no members of the writing panel would gain financially from their involvement in the guidelines.

Professor Stewart said he did not have any direct conflicts, as he was not on any advisory boards and did not receive direct funding from any pharmaceutical companies that would potentially gain from endorsement of specific drugs.

“However, I am the principal investigator of commercially sponsored trials and studies via my role at Baker IDI (ie, funding is provided to the Institute to support the research from companies including Novartis Pharmaceuticals and Astra Zeneca). I declared these as a potential conflict of interest,” he said.

Professor Stewart was commenting on a study published in the Archives of Internal Medicine that found 56% of authors of cardiovascular guidelines had reported conflicts of interest. (1)

Conflicts ranged from being a consultant or member of an advisory board to industry (the most common), or receiving a research grant, being on a speaker’s bureau and/or receiving honoraria from industry, to owning stock in a relevant company.

The study reviewed 17 American College of Cardiology/American Heart Association guidelines from 2003–2008 written by 498 experts. In the case of one guideline on intracerebral haemorrhage, 87% of the authors had conflicts of interest.

The study authors said their findings about conflicts of interest were cause for concern.

Professor Stewart said to ensure conflicts of interest were transparent in Australia, a national registry could be maintained by the NHMRC’s National Institute of Clinical Studies and funded by industry, with companies levied as part of the Pharmaceutical Benefits Advisory Committee/Therapeutic Goods Administration process.

“Wherever possible, we should insist that additional scrutiny and justification is applied to any therapeutic treatment with a ‘monopoly’ of evidence, that is, where one more expensive drug is favoured over another of the same class.”

A US cardiologist, Dr Steven Nissen, who is an advocate for patients and a drug safety critic, said in an invited commentary in Archives of Internal Medicine, that if 44% of guideline writers in the US were free of financial relationships with industry, there must be independent experts to write guidelines. (2)

“Protecting the integrity and reliability of clinical practice guidelines is essential to society and fundamental to the practice of evidence-based medicine,” he said.

Professor Stewart said it was important to be careful about extrapolating data from the US, particularly because it had a much larger pool of cardiologists and apparently less disclosure — at least in the period reported — about the true extent of conflicts.

“I believe we have taken the right step, at least in Australia and Europe, of openly disclosing conflicts of interest in any forum where such a conflict might be perceived as contributing to scientific bias,” he said.

To his knowledge, there were few, if any, Australian or European cardiologists or experts “who would be silly enough to knowingly own shares in pharma companies”.

Associate Professor Michael Jelinek, a cardiologist at St Vincent’s Hospital, Melbourne and another coauthor of national chronic heart failure guidelines, said he believed it was unnecessary and counterproductive to exclude doctors who had involvement with industry.

“The acceptability of written guidelines depends on the credibility of the authors and the sponsoring institutions,” said Professor Jelinek, who declared he had no conflicts of interest in regards to the guidelines.

“Usually the most credible clinical scientists write the guidelines. These people are snapped up by big pharma and the device companies,” he said.

“Of course, scientific guidelines can be written by ‘unknowns’ with no industry attachments. But who would accept them and incorporate them into practice?

“However, extensive listing of involvement with industry as a coda to the guidelines should become a standard,” he said.

An NHMRC spokesman said the NHMRC addressed the issue through guidance on management of conflicts. (3)

The spokesman said writers of guidelines across all medical disciplines should be aware of the NHMRC standards.

2 thoughts on “Call for registry on conflicts of interest”