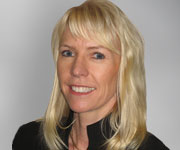 IN the constant bombardment of health messages and gloomy statistics about the epidemic of obesity in Australia, a vulnerable group seems to go unnoticed.

Many older Australians are either admitted to hospital suffering malnutrition or become malnourished while in hospital, which increases hospital length of stay and health care costs.

In Australian rehabilitation settings, patients who are malnourished or at risk of malnutrition have an average excess hospital stay of 18.5 days and 12.4 days, respectively, compared with their well nourished counterparts, even after accounting for underlying diagnoses.

Given that more than half of hospital beds are occupied by patients aged 65 years and older, this represents a potentially huge financial burden. Estimates from the UK indicate that malnutrition-related costs are in excess of €9.2 billion (A$13 billion) per year.

This issue is not new, nor is it confined to Australia. Internationally, best estimates of the problem suggest that 50% of older adults admitted to rehabilitation hospitals, 39% of acute hospital admissions and 14% of aged care residents are malnourished. These percentages increase to 91%, 86% and 67%, respectively, if the “at risk” group is also included.

Malnutrition often goes undiagnosed and untreated as it is not considered a clinical priority, probably as a result of the changing roles of nurses at ward level and insufficient staff training and resources.

This is a serious concern and is the skeleton in the closet of many Australian hospitals.

Despite the existence of national clinical guidelines that recommend nutrition screening of all older patients admitted to hospital and aged care facilities, this is not widely implemented in Australia. There is a need to better educate nursing and medical staff to look for factors that may affect a person’s risk of malnutrition, such as recent weight loss, reduced appetite, polypharmacy, depression and lack of support to eat.

The failure to recognise patients who are at risk of malnutrition, and the consequent lack of timely nutritional intervention, often results in a downward spiral where patients are discharged back to the community or to a higher level of care, only to be readmitted later in a more compromised nutritional state.

It could be argued that nutrition screening should be included as part of annual health assessments (HA) for older adults. Over a decade ago, as part of the Enhanced Primary Care program, this item was introduced for all Australians aged 75 years or older. At that time, this was applauded as a major policy innovation in preventive health care, but its uptake has been disappointingly low, with around 18% of the eligible population accessing this service.

Upskilling of practice nurses to perform nutrition screening using a validated instrument such as the Mini Nutritional Assessment — Short Form within the government-funded HA may also make financial sense to general practices, as reimbursement for the item is relatively generous. There are four MBS items (701; 703; 705; 707) for the HA category that range in reimbursement from $56 for a short consultation (MBS item 701 for less than 30 minutes) to $253.60 for the prolonged version (item 707 for at least 60 minutes), depending on the complexity of the patient’s presentation.

However, screening is only the tip of the iceberg. Screening without appropriate referral for a full nutritional assessment (usually by a dietitian) and appropriate dietary intervention is pointless.

While nutritional supplements are commonly prescribed for older people, at best, they only result in a small benefit in terms of weight gain and reduced mortality in this age group.

Between-meal snacks may be more cost effective (less wastage), whereas other promising strategies include family-style dinners in a dining room instead of a tray service in nursing homes, and introduction of feeding assistants (volunteer or paid) at mealtimes on hospital wards. However, cost–benefit assessments of such interventions are needed before they will become mainstream practice.

But what is clear is that the health care system will buckle under the cost of excessive hospital stays by a growing older population — that could be cut by a third through early identification and management of malnutrition.

Associate Professor Karen Charlton (PhD) is an accredited practising dietitian who teaches in the public health program at the University of Wollongong.

4 thoughts on “Karen Charlton: The costly skeleton in hospital closets”