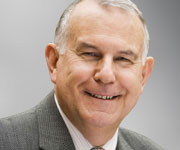 THE year 1996 was a great one for colorectal cancer screening. Fifteen years later we seem to be teetering on a precipice of fiscal indecision as we wait for the outcome of the 2011 federal budget that could make or break the National Bowel Cancer Screening Program.

It was in 1996 that the first Australian cost-effectiveness evaluation of colorectal cancer (CRC) screening was reported, using outcomes from the US randomised controlled trial that compared screening with no screening (reported in 1993) and Australian health care cost data.

Just months earlier, the results of the population-based controlled trials of guaiac-based faecal occult blood tests (gFOBT) undertaken in Denmark and the UK were published, making it “3 out of 3” in terms of Level I evidence supporting the value of CRC screening.

A long and thorough process of negotiations with government and health departments eventually led to the national roll-out of the National Bowel Cancer Screening Program (NBCSP), starting with a pilot involving almost 70 000 people followed by phases 1 and 2. The outcome was that over several years, people turning 55 or 65 years and latterly 50 have been offered the new and improved faecal immunochemical test.

Acceptability was proven, with 40%‒50% of people being willing to complete the test; it was also concluded that the program was feasible. Such a high acceptance rate with a first-round offer, despite almost no publicity and no public advocacy like we see in the case of breast cancer screening, was extraordinary, and proves that the Australian public is ready for this form of screening.

So we have evidence of benefit, acceptability and feasibility. What more do we need?

Modelling the costs and potential benefits of a new treatment has become the standard by which we judge whether it should be adopted, as with new drugs where Therapeutic Goods Administration listing followed by addition to the Pharmaceutical Benefits Scheme requires that cost-effectiveness be demonstrated.

Since 1996, five additional cost-effectiveness studies have explored the value of CRC screening as an objective means of determining whether it is a health priority for Australia, as outlined in an article by Pignone and colleagues in the MJA. All the studies support the conclusion reached in the 1996 study — CRC screening is cost-effective and comparable to the value of existing national programs for breast cancer and cervical cancer screening.

Pignone et al conservatively estimated that full implementation of biennial screening for people aged 50–74 years would have gross costs of $150 million; would reduce CRC mortality by 15%–25%; would prevent 300–500 deaths from CRC annually; and would save 3600–6000 life-years annually. This would be achieved at a cost per life-year-gained of $25 000–$41 667. This is at the inexpensive end of all medical treatments.

So, to benefit, acceptability and feasibility we can add proven cost-benefit.

Can we do better and achieve a cost saving, as calculations in the Netherlands suggest that over 2‒3 decades of CRC screening will actually save money? CRC screening also prevents cancer in addition to increasing the chance of early diagnosis.

This is almost achievable, as Pignone et al calculated conservatively that in the shorter term, our NBCSP, if fully rolled out, would achieve the above benefits at a net cost to Australia’s health care system of just $50 million approximately (gross annual costs of $150 million offset by $50-100 million in savings).

So, to proven benefit, acceptability, feasibility and cost-benefit, we add affordability.

Why then do we have an unfunded and only partly rolled out NBCSP, with none of the rescreening known to be essential from the evidence and no screening above age 65, also supported by the evidence?

How can we justify failure to sustain the only nationally organised screening program that includes men as well as women, particularly when two similar programs for women (breast and cervix) have been available for years?

Even fiscal uncertainty fails to be a sustainable reason given the thorough modelling that has been presented.

The evidence supporting the case for CRC screening in Australia is so compelling that if the NBCSP does not proceed, the very principles underlying how we decide to implement changes in health policy ― evidence of benefit, cost-effectiveness and feasibility — would seem to be mocked.