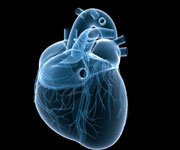 NON-INVASIVE cardiovascular imaging tests in asymptomatic patients should be subject to greater scrutiny and follow-up monitoring, according to leading Australian cardiologists.

They were commenting on a study in the Archives of Internal Medicine that found limited evidence that any of a wide range of non-invasive cardiovascular imaging investigations, including echocardiography and exercise electrocardiography as well as computed tomography, altered primary prevention efforts. (1)

Dr Clara Chow, head of the cardiac program at the George Institute for Global Health, said the Therapeutic Goods Administration bar for evidence-based approval of new diagnostic technologies should be raised.

“We often have a new test approved and it just continues, and there is no review again of how it is going or whether it has actually been useful in the clinical arena,” she said.

She advocated follow-up and further assessment of the safety and efficacy of new tests. “We are very strict on drugs but we are relatively less strict on new tests, that is definitely true,” she said.

Professor Ben Freedman, professor of cardiology at the University of Sydney and cardiologist at Concord Repatriation General Hospital, said before people invested in this type of screening test more information was needed about whether it would actually make a difference that was worth both the expense and the radiation risk.

“Before authorities decide on what is to be funded or reimbursed, we should have that information.”

Dr Chow said the pressure for imaging probably came from patients. “Patients want to know if they have or haven’t got a disease and it is probably of interest to many people whether they do have subclinical disease,” she said.

There was evidence from many research studies that non-invasive imaging did assist in reclassifying patients to higher or lower risk groups and in more accurately determining the prognosis of patients.

“These are all very important in managing patients and in counselling them about their risk,” she said.

In a meta-analysis, the study authors searched for randomised trials that compared imaging with usual care and reported any impact in a primary prevention setting on medication prescribing, lifestyle modification, angiography, or revascularistion.

In the seven trials analysed, imaging had no effect on medication prescribing, or on provision of lipid-modifying agents, antihypertensive drugs or antiplatelet agents, and was not associated with invasive angiography. No effect was seen on dietary improvement, physical activity or smoking cessation.

The authors said they conducted their study because of the “explosive growth in the use of cardiovascular imaging”.

An accompanying editorial said there was tremendous opportunity for avoiding probable harm (such as unnecessary waste, follow-up testing, and radiation risk) by limiting atherosclerosis testing in asymptomatic patients to research studies so that sufficient evidence could be gathered to understand its role in cardiovascular disease, if any. (2)

“Second, policy makers need to rethink the thresholds of evidence, financing, and oversight of use of expensive diagnostic technologies and their relative value in patient-centred terms,” the editorial said, adding that more high-quality evidence was needed.

“Only then will we know whether the benefits outweigh the risks of this all too common practice,” the editorial said.

Professor Michael Feneley, of the Victor Chang Cardiac Research Institute, said current guidelines did not support the use of these tests in primary prevention settings.

However, he urged caution in interpreting the study due to the low prevalence of disease in the meta-analysis and the variable accuracy of the multiple different imaging tests evaluated.

“For example, with the increasing quality of CT coronary angiography images, I think there may well end up being a reasonable place for this technology in primary prevention in selected populations, but this remains a research question at present.”

Professor Freedman said to encourage healthy people to change their behaviour, more was needed than simply showing them the results of an imaging test.

“Humans are very difficult to motivate and in primary prevention it is very hard. A lot more thought has to go into how you would use the imaging intervention to motivate people to change,” he said.

7 thoughts on “Cardiac imaging: where’s the evidence for prevention?”