Annette Katelaris: Flying blind in the ICU after hours 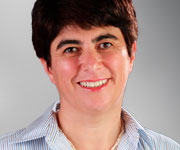 STUDIES from overseas have shown increased mortality rates for patients admitted to intensive care units after hours. In most studies, this effect disappears when severity of illness is considered.

However, Bhonagiri and colleagues’ study of outcomes in Australian ICUs in the latest issue of the MJA confirms the increased mortality rates even after controlling for illness severity, suggesting that another explanation is needed.

The study’s other significant finding is that most of the increased mortality in patients admitted after hours to an ICU is accounted for by elective surgical patients.

We can only hypothesise about the explanations for the findings of this retrospective cohort study as, although its definition of “after hours” is somewhat quirky, this study is too large and well executed to ignore.

To extend the much-used aviation metaphor — airline passengers would not tolerate a higher crash rate after hours.

We assume that management of an ICU, like that of an airline, incorporates enough failsafe features that, whatever the time of day, patients have the best possible chance of a safe journey. In reality, even in the most well staffed ICU, the number and seniority of staff available in the unit declines after hours.

In most ICUs, a high-level multi-consultant morning round is followed by afternoon and evening reviews conducted by smaller groups with lower overall seniority. At night, with the consultant on call at home, a senior registrar or fellow is generally in the hospital — as the pilot sleeps, the co-pilot takes the controls.

Intensive care beds are prized and fought over, and Australian intensivists stand in the middle of difficult resource decisions every day.

Some of the “same-day cancellations” of elective surgery that are currently the source of media commentary in New South Wales probably occur because ICUs are already full, and more beds simply cannot be made available for patients scheduled to undergo major elective procedures.

As many anaesthetists are only too aware, the late admission of elective surgical patients to ICUs may not be due to complications or poor planning, but rather to delay at the start of the operating day while waiting for an intensive care bed to be declared available before commencing surgery.

The findings of Bhonagiri et al’s study suggest two possible actions: avoid starting major elective surgery at times that make it likely that the patient will be admitted to the ICU after hours; or reconsider staffing practices in ICUs to ensure a more senior presence after hours.

Both will be contentious, and more local prospective research is clearly needed to inform such decisions.

If we don’t resolve this inconsistency in ICU survival, patients will continue to be disadvantaged, and there may well be repercussions for operating theatre use, leading to further delays and inefficiencies.

Dr Annette Katelaris is the editor of the Medical Journal of Australia.

3 thoughts on “Annette Katelaris: Flying blind in the ICU after hours”