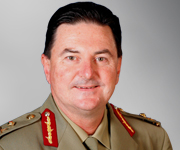 THE Australian Defence Force acknowledges that all three services currently have vacancies for permanent medical officers.

Defence is able to provide health services support to our current operations and to meet likely contingencies.

While the current number of medical officers is below the establishment figures, these deficiencies have been managed through the use of contracted health practitioners within the garrison health services provided in Australia.

The difficulty in recruiting and retaining medical personnel is primarily due to an overall shortage of qualified healthcare providers nationally and internationally.

Defence has recognised this shortage and we have taken a number of steps to address this issue.

A new salary and career structure was implemented for all ADF medical officers last year.

This increased remuneration recognises the change in skills and responsibilities and acknowledges the specialised nature of the work of ADF medical officers.

The federal government has approved a new policy proposal to train and retain full-time specialist doctors in the ADF.

This will be addressed in the next few months when new programs are introduced that focus on expanding career paths and training opportunities, as well as on providing greater work flexibility.

Defence is also improving the way in which specialist officers (including health professionals) are recruited.

Defence is not using less-skilled doctors to support operational capability.

Joint Health Command, which provides health care and ensures Defence personnel are prepared for operations, continues to provide the highest quality health care to all ADF personnel across all Defence establishments.

The contracted health staff currently being employed to supplement ADF health practitioners are highly professional and trained to the required standard.

They are employed under conditions set by Defence, and Joint Health Command has a robust credentialling system to ensure that contractors meet the mandatory Defence standards.

Health practitioners contracted to Defence are not required to provide health care in a deployed setting, but their availability within garrison health facilities in Australia ensures that ADF medical practitioners are able to be deployed both overseas and within Australia.

Prior to deploying on operations, all ADF doctors undertake advanced trauma life support training, ensuring that they are able to deliver the highest quality of care to all personnel while on operations.

In areas of operation that are considered stable but require long-term health support, Defence may contract resuscitation and/or surgical support services to civilian agencies.

This reputation has been earned through their strong performance in many operations in Australia and around the world since the Boer War.

Major General Paul Alexander is Surgeon General of the Australian Defence Force. He is an experienced Army medical officer who has held a variety of medical officer positions across the ADF including with the Special Air Service. He has been deployed on operations and exercises in Australia and overseas. General Alexander is a general practitioner who has maintained his clinical skills as a partner in a large group medical practice. His clinical specialties include sports and tropical medicine and he has a Masters in Legal Medicine.