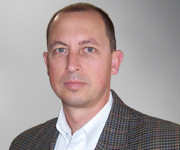 A TOXIC culture of denigration of and discrimination against doctors, nurses and other health professionals exists in the Australian Defence Force (ADF) and it is driving away experienced medical officers after only short periods of service.

After years of making internal complaints about this attitude and its impact on health support for ADF troops without success I decided to speak out publicly, as I am obliged to do by virtue of my profession, to advocate for my patients’ health and well-being, even at personal cost.

In a letter to the Senate Standing Committee on Foreign Affairs, Defence and Trade, I outlined the genuine, critical problems in the ADF which merit attention.

As a serving medical officer in the Army Reserve, with the rank of captain, I have 10 years’ experience in the ADF, including a 4-month deployment to East Timor at the end of 2006 as an aero-medical evacuation doctor.

I have witnessed contempt displayed towards and poor treatment of specialist service officers by general service officers, which appears to be instilled at the Royal Military College, Duntroon and fostered in other training centres such as the Army Logistic Training Centre.

My experience at these training institutions is that health support specialists are barely tolerated and often denigrated.

This attitude is responsible for driving health support specialists out of the ADF to the point where the Australian Army now has a crisis and simply does not have enough people to provide care for deployed or garrisoned forces.

Most of the doctors in the Regular Army are junior and inexperienced, often just out of internship.

They do not have the experience necessary to support operations.

This inability to provide health support may also be the reason why Australia was not able to take over as the lead country of the NATO coalition in Orūzgān province in Afghanistan last August, despite the ADF’s dramatic reduction in operational commitments in Iraq.

The health support roles in the ADF cannot be filled by civilian contractors.

The fundamental difference between service and civilian medical personnel is that members of the ADF have been trained and equipped to defend themselves and their patients, and can be sent into a combat environment.

Civilian health contractors are not able to provide this support and are extremely expensive.

I estimate the cost of a civilian contractor at 10 to 20 times more expensive than equivalent uniformed health services.

The real bottom line is that Australian troops are being sent into combat and peace-keeping operations without appropriate health support.

The health officers that have stayed with the ADF are becoming more demoralised and further deskilled.

My concerns have been met with increasing hostility since 2007, and I have been inappropriately referred to a psychologist and charged with insubordination more than a dozen times in the past two years.

As I had exhausted avenues through which I could help the ADF address their worsening crisis in health support, I turned whistleblower.

All health support personnel are supportive of the ADF but we enlist for different experiences, not merely as an extension of a normal day at the surgery.

And we expect to be treated according to our education, ability and rank.

Dr Julian Fidge is a GP in Wangaratta and a medical officer in the Army Reserve.