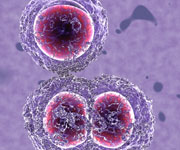 THE growing incidence of methicillin-resistant Staphylococcus aureus (MRSA) in the community has highlighted the need for Australian clinical practice guidelines to be developed for its treatment, experts say.

Associate Professor Graeme Nimmo, State Director of Microbiology for Pathology Queensland and president of the Australian Society for Antimicrobials (ASA), said the steady increase in the prevalence of community MRSA was of national concern and all doctors and members of the community needed to be aware of it.

He said it now accounted for 15-20% of all S. aureus infections in Australia and that rate was increasing.

“The prevalence has been increasing steadily in the past decade,” he said.

Professor Nimmo, who is also chair of the Australian Group for Antimicrobial Resistance, said MRSA appeared to be under control in hospitals, thanks to infection control initiatives.

“Hospital strains [of MRSA] are not on the increase; in fact, they seem to be decreasing, but they are being replaced by the community ones,” he said.

Professor Keryn Christiansen, a past president of both the ASA and the International Society for Infectious Diseases (ASID), said community MRSA was a major problem, particularly as it was infecting young, healthy people.

It was extremely important for GPs to be aware of the big problem of community-acquired MRSA and to be able to recognise these infections, which were characterised by “a lot of pus”, she said.

“I see people who come into hospital who require drainage and they have gone to their GP who has just put them on standard anti-Staph therapy that has no effect on MRSA,” Professor Christiansen, clinical microbiologist at PathWest Laboratory Medicine, Royal Perth Hospital, WA, said.

The number one treatment was drainage of boils and abscesses, followed by broad-spectrum antibiotic therapy, culture and testing, and a change of antibiotics if MRSA was found on culture and sensitivity testing.

Strains of particular concern that were becoming more common in Australia produced a toxin called Panton‒Valentine leukocidin (PVL), which caused more severe disease with a lot of pus formation and abscesses and required drainage and a longer hospital stay, Professor Christiansen said.

“[PVL-positive MRSA] is sweeping across Australia and now accounts for around 20% of our community MRSA in WA and the vast majority of community MRSA on the east coast,” she said.

“The other major worrying side of this is that the PVL-positive clones are infecting young, healthy people … in their teens, 20s and 30s.”

Professor Christiansen said a likely outcome of the Antimicrobial Resistance Summit, to be held in Sydney on 7-8 February, by the ASA and the ASID, was the joint development of MRSA guidelines by the two groups.

The ISDA guidelines were mainly aimed at community-acquired rather than hospital-acquired MRSA.

They provide recommendations on the management of some of the most common clinical syndromes encountered by adult and paediatric clinicians who care for patients with MRSA infections, including skin and soft tissue infections, bacteremia and endocarditis, pneumonia, bone and joint infections, and central nervous system infections.

Professor Christiansen said the IDSA treatment guidelines were similar to treatment recommended in Australia in the Therapeutic Guidelines. (2)

However, there were some differences. For example, in Australia, oral fusidic acid was used, always in combination with other drugs, and mupirocin should be used only sparingly.