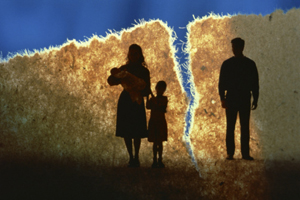 THE elusive work-life balance is harder for doctors to attain if their spouse or partner is also a doctor rather than working in another occupation or staying at home.

This is the finding of a United States survey, reported in the Journal of the American College of Surgeons, in which surgeons were asked about burnout, work/home conflict and career satisfaction. (1)

Almost half of the partners did not work outside the home, 16.4% were doctors and 34.9% were working non-doctors.

The survey found surgeons whose domestic partner was a doctor were more likely to delay having children and to believe childrearing had slowed their career advancement.

They were less likely to believe that they had enough time for their personal and family life.

The results also showed surgeons partnered to another doctor were more likely to have depressive symptoms and low mental quality of life than those whose domestic partner stayed at home.

Surgeons whose domestic partner was a doctor were younger and newer to practice, which could partly be explained by the growing proportion of women surgeons who were more likely to be married or partnered to fellow physicians than their male colleagues, the authors said.

“When a career conflict occurs, surgeons married or partnered to physicians more often subjugated their career for the good of their (domestic partner’s) career,” the authors said.

Surgeons whose domestic partner was another surgeon faced even greater challenges in these areas while surgeons whose partner stayed at home appear to be more satisfied with their career.

The authors said institutional strategies to help the lives of dual-career couples could include coordinated schedules, daycare in the workplace and adjusted timelines for promotion and tenure.

“At a personal level, married or partnered physicians should seek mentorship for career counselling to proactively deal with inevitable stressors of intense dual-career families and career conflict,” they said.

“But women, particularly women who go into surgery, go into it with their eyes wide open and they are the most organised and talented people at organising their time that I have ever seen,” he said.

“They go into it knowing there are going to be difficulties, particularly with having children [and] running families.

The College encouraged and facilitated part-time and interrupted training for men and women and also liaised closely with its trainees’ association.

Professor Hamdorf, who is also director of CTEC (Clinical Training and Education Centre) at the University of Western Australia, has four boys under 10 years of age and a 27-year-old daughter living away from home.

“[We] decided really early on in our relationship that if we were planning on being good parents we could only have one of us as a specialist and I had just completed my specialty training.”

Professor Hamdorf has a rule to go out only one night during the week so both parents could be at home with the children in the evening. They also had two part-time nannies.

He said mentorship through the professional colleges, professional development advice, counselling, and workplace childcare in universities and hospitals were good ideas to help married doctors.