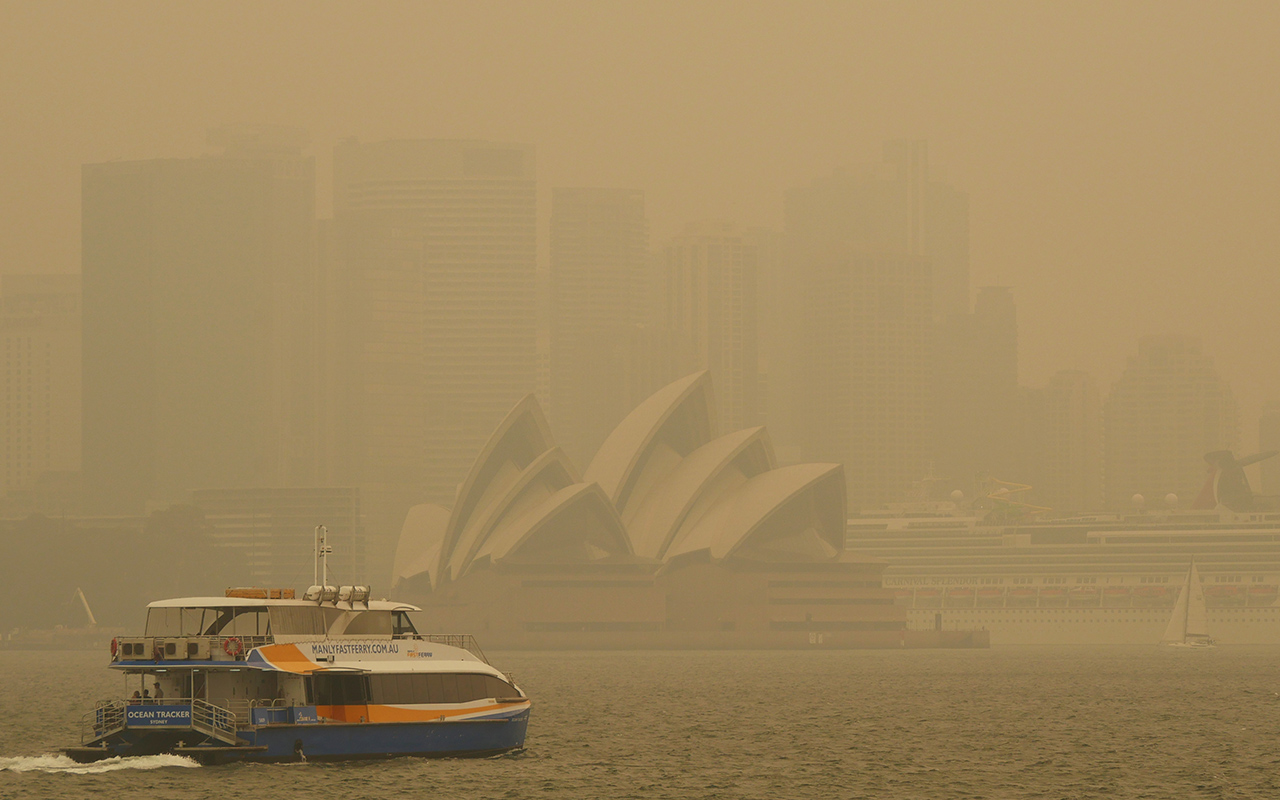 ROBUST evidence on the health impacts of bushfire smoke is urgently needed as Australia is forced to adapt to the “new normal” of extreme fire events, says a leading expert in children’s environmental health.

Professor Peter Sly, Director of Children’s Health and Environment Program, said he was concerned that Australian authorities were treating the 2019–2020 bushfire crisis as a one-off event.

“We know that this is the new norm and we are going to be faced with these severe fire events most years, if not all,” said Professor Sly who is also Director of WHO Collaborating Centre for Children’s Health and Environment.

Professor Sly’s comments came as the MJA published a Perspective calling for more nuanced health advice to protect the population from bushfire smoke and for the establishment of an independent national expert committee on air pollution and health protection to support environmental health decision-making in Australia.

They said current reporting of 24-hour mean air quality and inconsistency between air quality measures used by states and territories could be confusing and impractical.

“Real-time, hourly averaged [particulate matter with a diameter less than 2.5 µm (PM2.5)] concentrations are the most appropriate metric to guide personal behaviour that minimises exposure to bushfire smoke,” they wrote. “Health messages need to be evidence-informed and specific for at-risk groups and the general public.”

“The increasing risk is very clear, and it has been clearly associated with … [unprecedented] anthropogenic climate change,” he said. “We have had change in the past, but when we look at the pattern of change now, it is much steeper than at any other time in history.”

“In the past, we have had brief bush fire events,” he said. “But now … the bushfire season has extended very significantly – it starts earlier, lasts for longer, it’s more intense. We have had the unprecedented fires of the last season and the smoke persisted over weeks, even months in certain places, and it affected large population centres. So, the problem is more complex and some of the advice we provided in the past – like stay indoors or reduce physical exercise – becomes impractical when the smoke episodes last for days or weeks.”

For example, he said, PM2.5 had different levels of toxicity.

“The assumption that is underlying all of the advice … is that particles and PM2.5 are all the same no matter where they come from, and we know that’s far from the truth,” he said.

Professor Sly said most of our knowledge about the toxicity associated with PM2.5 concentrations had come from research into traffic pollution from burning fossil fuels. This is very different, he said, from the bushfire smoke that results from burning biomass, such as trees. Also, he said, PM2.5 toxicity was affected by the temperature at which combustion occurs.

However, he said, it was “relatively easy” to investigate the health impact of bushfire smoke by measuring biomarkers.

“We see that as the biggest gap in knowledge and it’s something that, on a population level, can be addressed pretty easily.”

Professor Sly and his research team have applied for a grant to undertake biomarker research under the federal government’s $5 million Medical Research Future Fund grants round announced in January 2020.

Professor Sly also called on the federal government to introduce a national biomonitoring program, such as those in place in the US and parts of Europe.

“If there was such a program here, we would be able to take results before, during and after bushfire smoke events and work out exactly the dangerous dose of these particles, what was getting into people’s bodies, and the effect it was having on them,” Professor Sly said. “But we have none of that knowledge.”

Professor Paul Jagals, Honorary Professor of Environment and Health at the University of Queensland, agreed that such measures were needed.

“This is a concept that is taking off in many areas across the globe – not necessarily driven by the needs identified during a major event such as an encroaching bushfire – but also for health-related air quality in general in cities because of traffic and other causes of temporal and daily fluctuations in air quality,” he said.

Professor Jagals said that while governments would do well to increase the monitoring and messaging around air quality, citizens could also become directly involved.

“There are several real time apps that will provide some plausible real-time per location information,” he said.

The [MJA] authors pointed to AirRater, but Professor Jagals said there were also [commercial applications] such as Plume Labs.