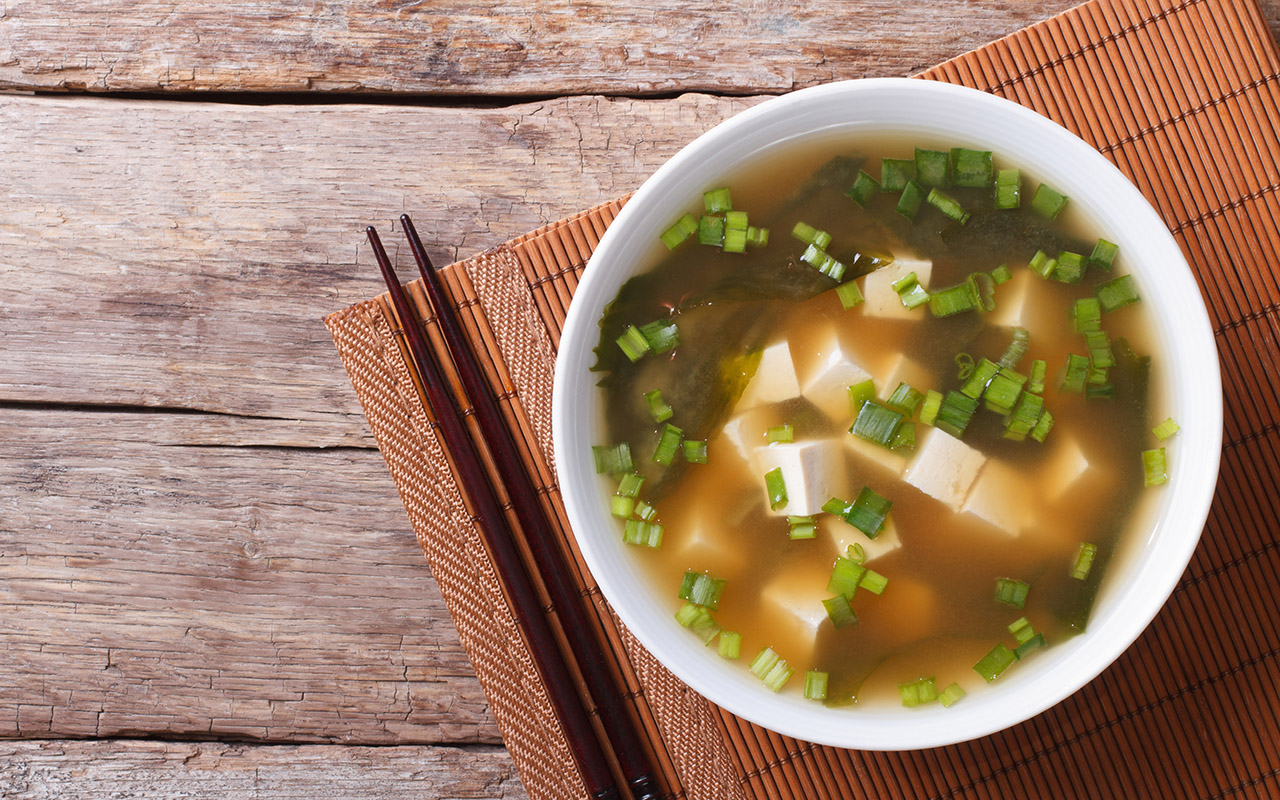 A higher intake of fermented soy products, such as miso and natto, is associated with a lower risk of death, finds a study from Japan published by The BMJ. However, the researchers stressed that the findings should be interpreted with caution as they may have been affected by confounding factors. In Asian countries, especially Japan, several types of soy products are widely consumed, such as natto (soybeans fermented with Bacillus subtilis), miso (soybeans fermented with Aspergillus oryzae), and tofu (soybean curd). It is still unclear whether different soy products, especially fermented soy products, are associated with specific health effects. Researchers set out to investigate the association between several types of soy products and all-cause mortality and from cancer, total cardiovascular disease (heart disease and cerebrovascular disease), respiratory disease, and injury. They based their findings on 42 750 men and 50 165 women aged 45–74 years who were taking part in a study based in 11 of Japan’s public health centre areas. Participants filled in detailed questionnaires about their dietary habits, lifestyle, and health status. Deaths were identified from residential registries and death certificates over a follow-up period of nearly 15 years. The researchers found that a higher intake of fermented soy (natto and miso) was associated with a significantly lower (10%) risk of all-cause mortality, but total soy product intake was not associated with all-cause mortality. Men and women who ate natto also had a lower risk of cardiovascular mortality than those who did not eat natto, but there was no association between soy intake and cancer-related mortality. These results persisted even after further adjusting for intake of vegetables, which was higher among those consuming larger portions of natto. The authors pointed out that fermented soy products are richer in fibre, potassium and bioactive components than their non-fermented counterparts, which may help to explain their associations. This was an observational study, so it can’t establish cause, and the researchers could not rule out the possibility that some of the observed risk may be due to other unmeasured factors.

Several US states have considered doing away with the practice of changing the clocks forward or back in favor of permanent Daylight Saving Time (DST), while experts around the world suggest permanent Standard Time is a better alternative for health and wellbeing. A study published in Current Biology put forth evidence of another downside of DST: it increases the risk of fatal car accidents for about a week each year. The evidence shows about a 6% increase in the risk of fatal traffic accidents in the week after the time change each spring. In other words, more than 28 fatal accidents could be prevented yearly in the US if the DST transition were abolished. The effect is especially pronounced in the morning hours and in locations further west within a time zone. Since it was first introduced, the spring transition to DST has been linked to a variety of problems, including increased risk of heart attack, workplace accidents, and suicides. There had been evidence suggesting an increased risk of car accidents, too. The researchers took advantage of a large US registry, the federal Fatality Analysis Reporting System, that recorded 732 835 fatal car accidents across all US states observing DST from 1996 to 2017. Their analysis revealed a 6% uptick in risk after the clocks changed in spring. In absolute numbers, they report, this risk increase translated to an additional 5.7 fatal accidents per day from Monday to Friday after the spring DST transition in the US. That’s more than 28 deaths during the workweek. Over the course of the 22 years, they report, that’s more than 626 out of 8958 fatal accidents that might have been prevented.

A vegetarian diet may be associated with a lower risk of urinary tract infections (UTIs), a study published in Scientific Reports suggests. UTIs are usually caused by gut bacteria, such as Escherichia coli, which enter the urinary tract through the urethra and affect the kidneys and bladder. Previous research has shown that meat is a major reservoir for E. coli strains known to cause UTIs, but it is unknown whether avoiding meat reduces the risk of UTIs. Researchers assessed the incidence of UTIs in 9724 Buddhist people in Taiwan, who participated in the Tzu Chi Vegetarian Study – a study investigating the role of a vegetarian diet on health outcomes in Taiwanese Buddhist people. The authors found that the overall risk of UTIs was 16% lower in vegetarians than in non-vegetarians. Of the 3040 vegetarians in the study, 217 developed a UTI compared with 444 UTI cases in 6684 non-vegetarians studied. The reduced UTI risk associated with a vegetarian diet was greater in men than women, although overall UTI risk for men was 79% lower than for women, regardless of diet. The authors suggested that by not eating common sources of E. coli, such as poultry and pork, vegetarians may avoid ingesting E. coli that may cause UTIs. They also proposed that the higher fibre diet of many vegetarians may prevent the growth of E. coli in the gut and decrease UTI risk by making the intestine more acidic.

Medical education: HPV swab self-collection and cervical cancer in women who have sex with women
McGauran and Pendlebury; doi: 10.5694/mja2.50457
A 39-year-old woman was referred for colposcopy with a positive human papillomavirus (HPV) type 16 infection result on a self-collected HPV vaginal swab … FREE ACCESS for 1 week