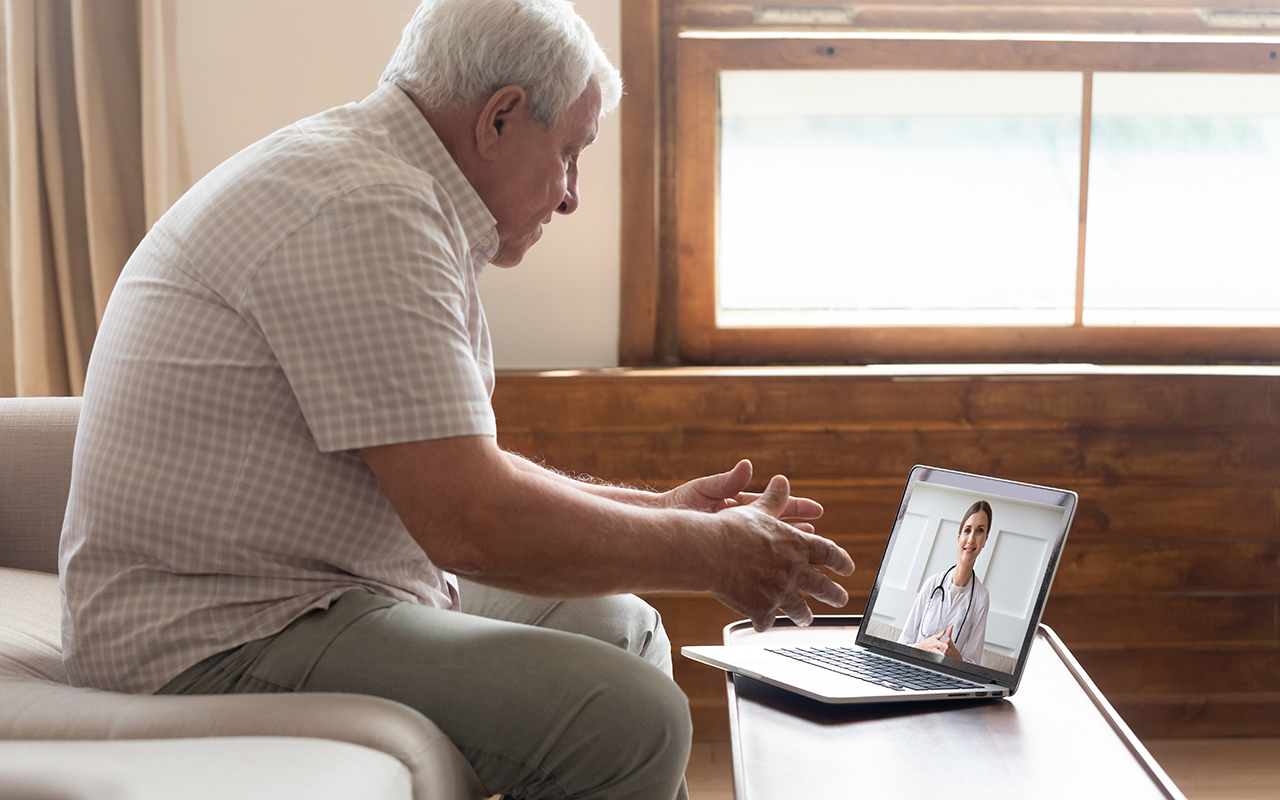 INNOVATIVE teletrial models can help to close the cancer mortality gap between regional/rural patients and metropolitan patients by improving access to clinical trials, say experts in the MJA.

And despite clinical trials being the “gateway to accessing cutting edge therapies and technology”, less than 5% of regional cancer patients participated in any clinical trial, they wrote.

The authors outlined one telehealth framework established by the Victorian Comprehensive Cancer Centre (VCCC) – an alliance of 10 leading research, clinical and academic institutions in Victoria – which uses telehealth to provide access to clinical trials closer to home.

The first teletrial established under the framework, which is based on a model developed by the Clinical Oncology Society of Australia (COSA), had enrolled 91 patients (as of July 2020).

“Typically, rural patients are older, have less educational attainment, and often, although not exclusively, come from areas of lower socio-economic advantage. They are much more likely to smoke cigarettes and are therefore more likely to get lung cancer, which has a poor outcome and drives a lot of the cancer mortality,” Professor Millar said.

Culturally, he said, regional and rural patients often had local responsibilities, such as tending to farm animals, and many did not wish to travel to the city for medical care.

“They can’t afford the time, it’s expensive to travel to and stay in a metropolitan area, and many don’t like big cities,” he said. And in terms of health care system factors, Professor Millar said, there was a relative lack of cancer specialists practising in regional centres.

“There is also a relative lack of specialist diagnostic equipment, treatment equipment, and a lack of local doctors,” he said. “It’s harder for people to access medical care, so they often present later with more advanced disease.”

Professor Millar said teletrials could address factors across all of these areas, including ease of access and allowing patients to participate in trials in a familiar health care environments.

He said teletrials – of which there were several models currently operating in Victoria – not only provided access to novel therapies.

“These trials can also explore ways of organising the system to better look after the needs of regional and rural patients,” he said.

Professor Millar said the clinical trial by itself would not necessarily improve patient outcomes. He said it was that “rigorous research was the way that medical advances were proven to really work, and not just be good and attractive ideas, and ethos and culture that accompany good research”.

“It’s the things that go with the clinical trials; talented, interested people who pay attention to the science and the rigour of delivering good clinical trials. It also encourages people with academic backgrounds to be in the country to help out with clinical trials.”

Associate Professor Nick Pavlakis, President of the COSA Council, said it was well known that patients on clinical trials had better outcomes than those not treated on trials.

“Access to clinical trials for people diagnosed with cancer is a core component of providing optimal cancer care through specialist cancer centres, hospitals and other treatment facilities,” he said. “Patients living outside of major metropolitan centres face many barriers in accessing clinical trials. Barriers to participation include the limited availability of trial sites closer to home and the increased cost and inconvenience of travel to major centres where the trials are taking place.”

Associate Professor Pavlakis said patients with rare or complex disease, where it was not possible to conduct a trial in a smaller centre, could have access to clinical trials using the teletrial model.

“The pandemic has made it quite clear that if we can avoid patients travelling, the differences to their quality of life can be quite significant,” said Associate Professor Collins, who is also a medical oncologist practising in Warrnambool and Portland, Victoria, and Associate Professor at Deakin University.

“The ability to have treatment closer to home means you don’t have to give up work … to drive to the city to do your clinical trial activity and then drive home again.”

He said the benefits of teletrials were also shown early in the pandemic when a Tasmanian patient with a rare form of cancer was able to continue to participate in a Melbourne-based clinical trial after Tasmania shut its borders.

“The Alfred Hospital and their clinical trials unit reached out to the VCCC and between them, and working with the sponsor, they were able to convert that trial to a teletrial so the patient was still able to stay on her clinical trial and access the drug which was shipped to a hospital in Tasmania,” he said.

Associate Professor Pavlakis said the COVID-19 pandemic had challenged many routine practices, particularly with regard to offering health care to patients remote from cancer centres.

“It has also enabled, with government support, telehealth to flourish in a way that many cancer groups now feel it should be embedded as part of routine practice,” he said. “In the clinical research arena, the application of telehealth became a necessary means of ensuring safe ongoing study conduct and opened the eyes of many to the potential advantages of teletrials.”

Associate Professor Pavlakis said COSA was nearing the completion of a 3-year project to pilot the implementation of the COSA Tele-trial Model.

“This project has seen the establishment of five project primary sites [across Queensland, New South Wales and Victoria] and many clusters,” he said, adding that 120 cancer patients had been enrolled across all clusters.

He said other states were also working towards implementation, with one cluster already established in South Australia and the Australian Capital Territory.

“The success of this project will provide the supporting evidence for a teletrial framework that can be applied nationally.”