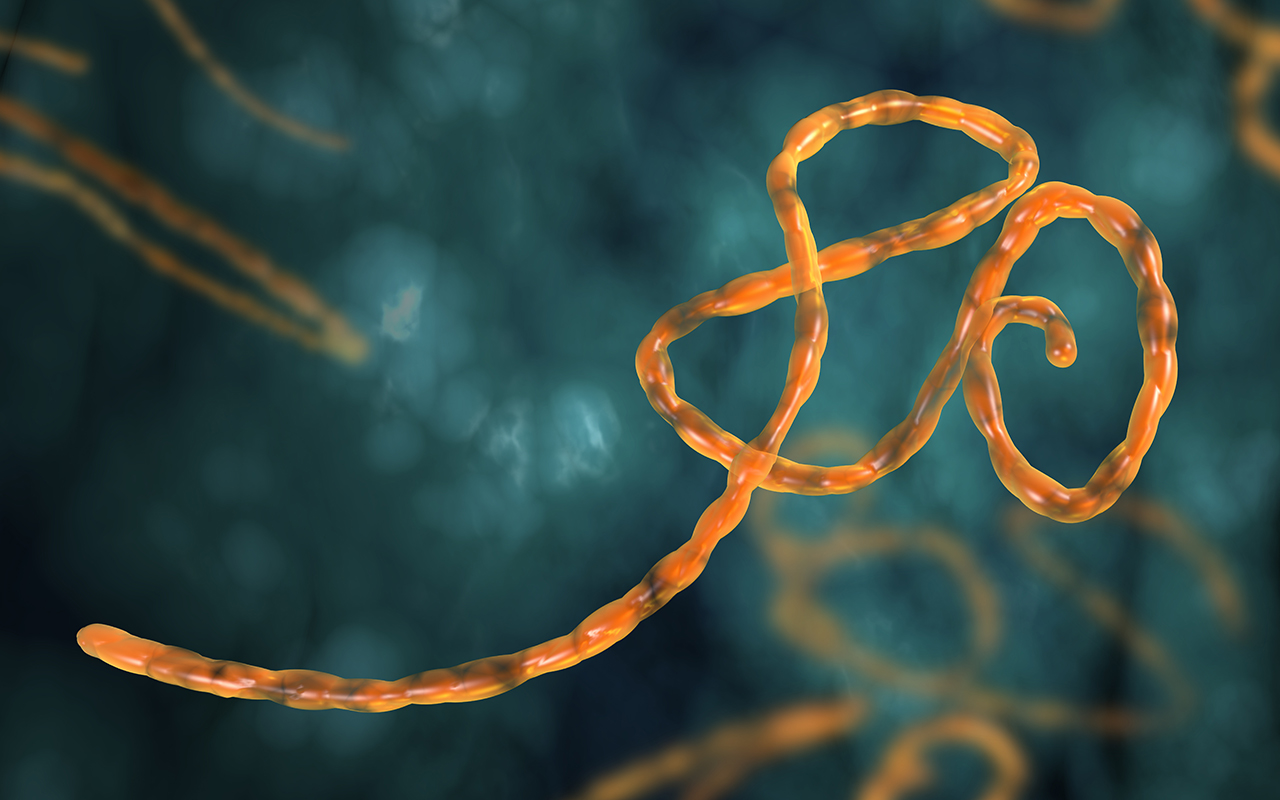 The current Ebola outbreak in Central East Africa is a public health emergency of international concern, and while international risk remains low, we need to remain vigilant for symptomatic travellers, says the author of a Perspective published by the MJA. As of 25 August 2019, the World Health Organization reported a total of 2976 cases and 1990 deaths in the Democratic Republic of the Congo (DRC) outbreak, with a total of 155 health care workers infected. Uganda identified the first instance of regional spread on 11 June 2019, with a confirmed case of Ebola in Kasese district, western Uganda, with a total of three cases identified. Ebola preparedness efforts continue in other neighbouring countries, including South Sudan, Rwanda and Burundi. An isolated case was identified on 30 June 2019 in Ariwara town, DRC, 70 km from South Sudan. This, along with a case identified on 14 July 2019 in Goma, DRC, a city bordering Rwanda, highlights the potential for further regional spread. Three mortality surveys conducted by Médecins sans Frontières in Ituri province, DRC, indicate mortality rates above emergency levels, with deaths predominately due to preventable diseases, including malaria, measles and diarrhoeal illnesses. In June 2019, the WHO Executive Director for Health Emergencies stated that, under a worst-case scenario, the DRC outbreak may take a further 2 years to control. In May 2019, the WHO published new clinical management standard operating procedures for the optimised supportive care of patients with Ebola. The guidelines recommend the empirical treatment of malaria and empirical antibiotic treatment of bacterial sepsis in all patients. In addition, the guidelines emphasise regular systematic assessment of all patients and the importance of fluid, electrolyte and nutrition management. The optimised supportive care of patients improves survival, with a rate of 81.5% in 27 patients with Ebola managed in the US and Europe in 2014 and 2015.

Addressing the social determinants of health is ultimately needed for skin infection rates in Aboriginal and Torres Strait Islander children to be similar to their non-Aboriginal peers, according to the authors of a narrative review published in the MJA. Ten observational studies over two decades in remote northern Australia have found that Aboriginal children have the highest documented prevalence of impetigo worldwide. The median prevalence of impetigo in remote Australian Aboriginal children is 45%, equating to almost half of all Aboriginal children in remote Australia with impetigo at any one time, while up to one-third of children will also have scabies. The prevalence of scabies documented in remote Aboriginal communities in the Northern Territory is high, ranging from 16.1% to 35%. Complications of untreated disease include invasive Staphylococcus aureus and Staphylococcus pyogenes infections and post-infectious sequelae of S. pyogenes. Risk factors for the development of invasive group A streptococcal disease from a superficial infection include younger age, concurrent viral infection, household crowding, strain virulence, and impaired host immunity. Serious sequelae include sepsis, skeletal infections, acute post-streptococcal glomerulonephritis, and acute rheumatic fever and rheumatic heart disease. The normalisation of skin infections in high burden settings means that skin infections are often ignored, minimised or not treated. Prevention of early and complex skin infections is a high priority for families and health care providers. Treatment strategies without community level interventions have been shown to be ineffective at reducing disease burden. Addressing the social determinants of health is ultimately needed for skin infections in Aboriginal children to reduce to parity with their non-Aboriginal peers.

Junior doctors in regional and rural Australia are more likely to be satisfied than their metropolitan counterparts, with better work–life balance and more varied work the main positive factors at play, research from UNSW Sydney, published in the Australian Journal of Rural Health has shown. The study is one of the largest studies ever on junior doctor satisfaction, and the first national one. Using the Medicine in Australia: Balancing Life and Employment (MABEL) survey, the researchers examined 4581 doctors in their first 4 years after graduation. Overall work satisfaction was high for both metropolitan and rural junior doctors – sitting at about 85% – but once the researchers controlled for other factors, they found that rural doctors were 54% more likely to be satisfied. Compared with their metropolitan counterparts, rural doctors were more positive about their work–life balance, the amount of variety in their work, access to leave and leisure activities, and personal study time. Metropolitan junior doctors, on the other hand, were more satisfied with the network of doctors supporting them and the opportunities for family.

Transferring extremely premature babies from a non-tertiary level neonatal care unit to a tertiary level unit in the first 48 hours after birth is associated with an increased risk of severe brain injury, according to a study published by The BMJ. Keeping these infants at lower level units after birth is also associated with a higher risk of death, compared with birth in a tertiary facility. Researchers based in Finland and the UK analysed data for 17 577 extremely premature infants (born at less than 28 gestational weeks) in NHS hospitals in England between 2008 and 2015. Infants were grouped based on birth hospital and transfer within 48 hours. Factors that could have influenced the results, such as gestational age and whether antenatal steroids were given, were also taken into account by forming matched groups of babies. Compared with controls (tertiary birth; not transferred), infants born in a non-tertiary hospital and transferred to a tertiary hospital had no significant difference in risk of death before discharge but higher risk of severe brain injury and lower chance of survival without severe brain injury. Infants born in a non-tertiary hospital and not transferred had higher risk of death but no difference in risk of severe brain injury or survival without severe brain injury, compared with controls. No differences in outcomes were found for infants transferred between tertiary hospitals (for non-medical reasons, such as insufficient capacity) and controls. All these results were largely unchanged after further sensitivity analyses, suggesting that the findings withstand scrutiny. This is an observational study, and as such, can’t establish cause, and the authors cannot rule out the possibility that some of the outcomes may have been due to other unmeasured (confounding) factors.