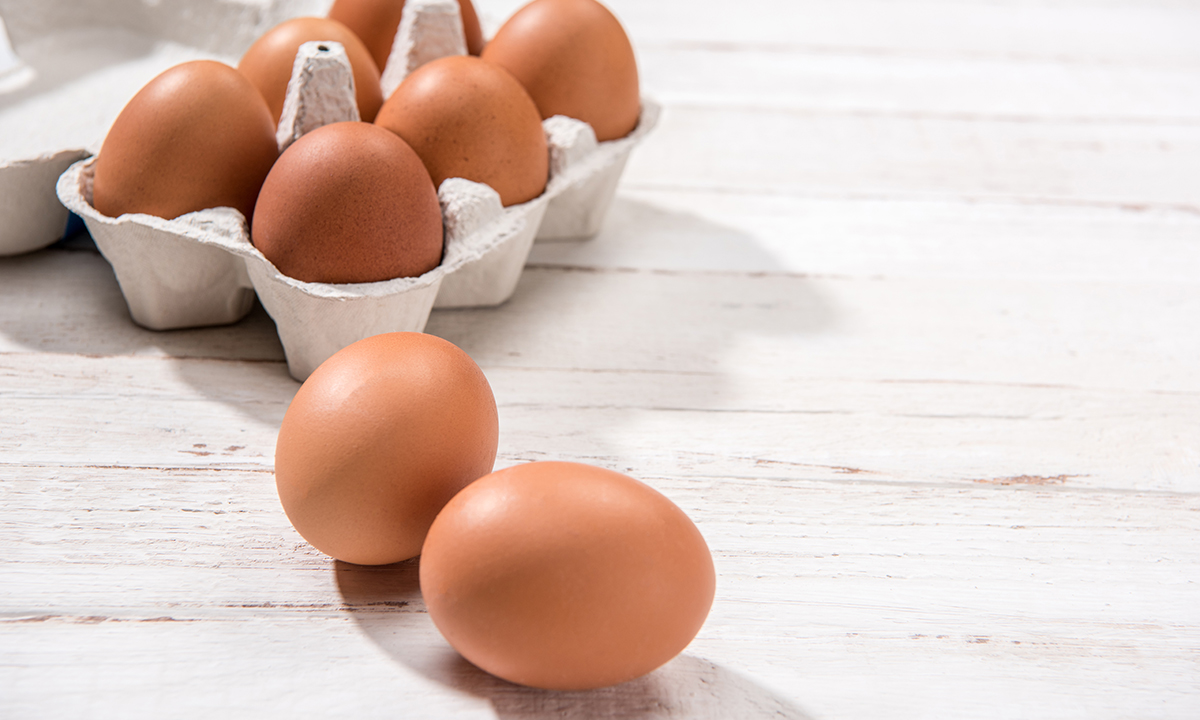 New advice from the Heart Foundation on meat, dairy and eggs

Unflavoured full-fat milk, yogurt and cheese are now an option for healthy Australians, while the limit has lifted on the number of eggs that can be eaten per week in a heart-healthy diet. But the Heart Foundation says many Australians need to rethink how much red meat they’re eating, as evidence indicates it increases risks for heart disease and stroke and may lead to weight gain. Heart Foundation Chief Medical Advisor, cardiologist Professor Garry Jennings, said: “We have introduced a limit of less than 350 grams a week for unprocessed beef, lamb, pork and veal. That’s around one to three lean red-meat meals a week, like a Sunday roast and a beef stir-fry. Processed or deli meats should be limited, as they have been consistently linked to a higher risk of heart disease and other chronic conditions. Instead, we suggest people should get most of their heart-healthy protein from plant sources such as beans, lentils (legumes) and tofu, as well as fish and seafood, with a smaller amount from eggs and lean poultry. Heart-healthy eating is more about the combination of foods, eaten regularly over time. We have removed our restriction for healthy Australians on eating full-fat milk, cheese and yogurt. While the evidence was mixed, this type of dairy was found to have a neutral effect, in that it doesn’t increase or decrease your risks for heart disease or stroke. Given this, we believe there is not enough evidence to support a restriction on full-fat milk, yogurt and cheese for a healthy person, as they also provide healthy nutrients like calcium. For people who suffer high cholesterol or heart disease, we recommend unflavoured reduced-fat milk, yogurt and cheese and eating less than seven eggs per week. Butter, cream, ice-cream and dairy-based desserts are not recommended as heart-healthy, as they contain higher fat and sugar levels and less protein. Evidence found the dairy fat in milk, cheese and yogurt does not raise bad LDL cholesterol levels as much as butter or other dairy products. We now advise people with type 2 diabetes to eat fewer than seven eggs per week, as growing evidence suggests an increased risk with eating more eggs”.

A global survey has found that when it comes to having the healthiest packaged foods and drinks, the United Kingdom tops the charts, with the United States in second place and Australia coming in third. The George Institute for Global Health analysed more than 400 000 food and drink products from 12 countries and territories around the world. The survey highlights the high levels of sugar, saturated fat, salt and calories/kJ in many of our favourite food items. The countries were ranked using Australia’s Health Star Rating system, which measures the levels of the nutrients such as energy, salt, sugar, saturated fat, protein, calcium and fibre and assigns a star rating from ½ (least healthy) to 5 (most healthy). It found that the UK had the highest average Health Star Rating of 2.83, followed by the US at 2.82 and Australia at 2.81. India got the lowest rating of just 2.27 followed by China at 2.43 with Chile coming third from bottom at 2.44. The results were published in Obesity Reviews. China’s drinks were some of the healthiest in the survey, with an average Health Star Rating of 2.9, but packaged foods scored low at just 2.39. South Africa scored low with its drinks at an average 1.92 Health Star Rating while its foods came in at 2.87. Canada topped the list for unhealthy salt levels in foods and drinks with an average of 291 mg/100 g of sodium, with the US coming in second at 279 mg/100 g. The UK scored best for sugar at just 3.8 g per 100 g with Canada second best at 4.6 g per 100 g. China’s packaged foods and beverages had the most harmful levels of saturated fat. They also scored worst for average sugar levels at 8.5 g per 100 g (more than twice the UK’s average), with India in second place at 7.3 g per 100 g. India’s packaged foods and drinks were most energy dense (kilojoule content 1515 kJ/100 g) and South African products were least energy dense, at an average of just 1044 kJ/100 g.

Fourteen biomarkers in the blood that are associated with all-cause mortality are reported in Nature Communications. The findings may help to improve the prediction of 5- and 10-year mortality risk compared with current methods. Predicting mortality in the final year of a patient’s life is generally feasible because of the amount of clinical data available. Previous studies have analysed blood metabolite profiles and other physiological parameters in order to identify biomarkers that could be used to predict mortality risk. However, there is no consensus on a set of predictors that could be used to determine longer term (5–10 years) mortality risk. Researchers from Monash University in Melbourne and Leiden University in the Netherlands performed metabolomics profiling for a total of 44 168 individuals from 12 cohorts with participants spanning a range of 18–109 years of age, all of European descent. They identified 14 metabolites that are associated with all-cause mortality. These biomarkers are known to be involved in various processes, including lipoprotein and fatty acid metabolism, glycolysis and inflammation. The authors then used the identified metabolites to build a model that predicts 5- and 10-year mortality risk. The model showed greater levels of accuracy across all ages than a model using conventional risk factors. The researchers suggested that a risk score based on the 14 biomarkers and sex could be used in clinical practice to guide treatment strategies; however, further investigation is needed.

The guidelines are right: under 2s shouldn't be spending any time in front of screens