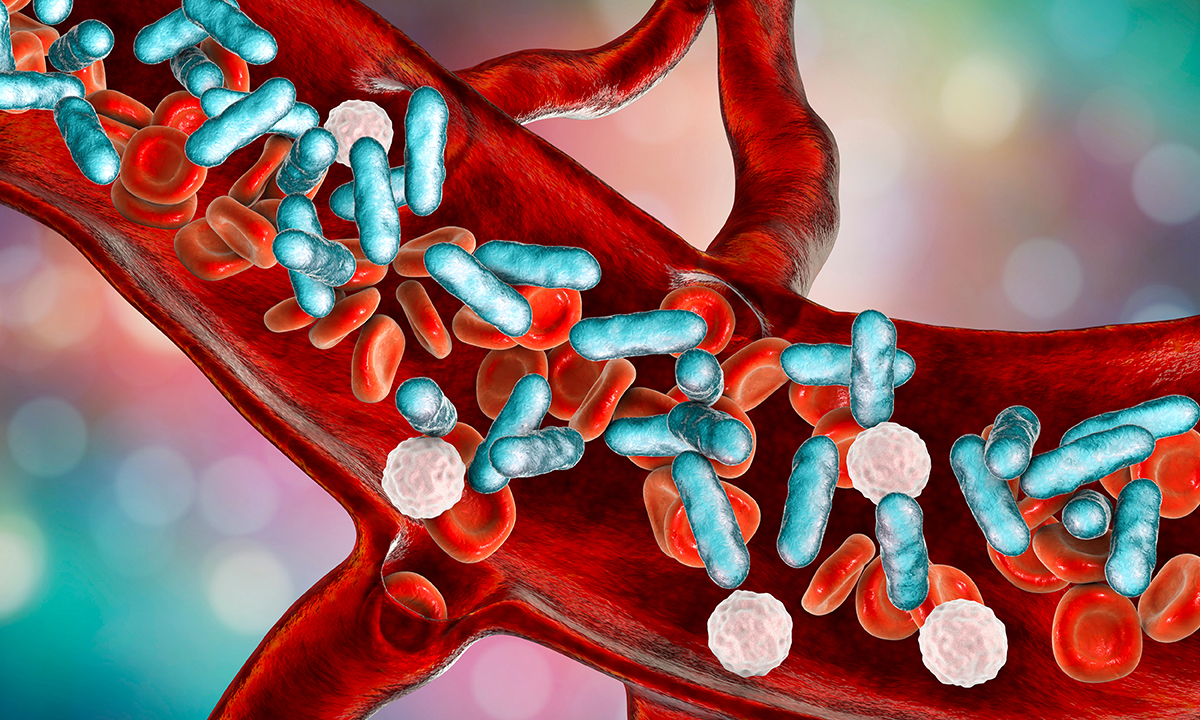 Sepsis: time for doctors to “get their house in order”

DOCTORS must get their “house in order” when talking about sepsis, says a leading infectious diseases physician who is supporting calls for a national plan to reduce preventable deaths and disability from the condition.

Professor David Paterson, consultant infectious diseases physician and Director of the University of Queensland Centre for Clinical Research, said the term “sepsis” was often incorrectly used in many medical specialties.

“When I talk to an orthopaedic surgeon, for example, they may talk about a patient having sepsis, and what they are referring to is a person having an infection in their joint or in their wound, which is a very different thing from what an intensive care unit (ICU) or emergency doctor would talk about with sepsis,” said Professor Paterson.

“There are some situations where people equate an infection in your blood with sepsis, and again, that’s not correct.”

In the MJA, experts have called for a nationwide plan to better identify and manage sepsis, which was defined as “life-threatening organ dysfunction due to a dysregulated host response to infection”.

The call comes in the wake of a 2017 World Health Organization resolution on sepsis urging member states to take specific actions to reduce the burden of the condition, which was a “leading but poorly recognised case of death and disability”. The resolution was cosponsored by Australia.

According to estimates cited in the MJA, there were 18 000 episodes of sepsis annually in Australia, and at least 5000 deaths, which disproportionately affected the very young, the very old and Aboriginal and Torres Strait Islander people.

The MJA authors noted that capturing data on sepsis was challenging because hospital coding significantly undercounted the burden of disease. But, they added, the development of electronic medical records may improve the capacity to identify sepsis in real time and more accurately assess its incidence.

“Doctors have got to get their house in order first in terms of the way we use the terminology of sepsis. An ICU doctor will use [the term] correctly, but many of our colleagues probably need education about what sepsis truly is. We need to all be on the same page when we are communicating with each other, and also when we are communicating with patients and the community in general.”

Professor Simon Finfer, co-author of the MJA article and Director of the Australian Sepsis Network, said Australia, like many countries around the world, had a problem with the identification and early management of sepsis.

“Sepsis is a whole-of-health care-system issue,” said Professor Finfer who is also Professorial Fellow in the Critical Care Division at the George Institute for Global Health. “Sepsis doesn’t have a natural advocate because it’s distributed throughout all hospital departments and specialties. We established the Australian Sepsis Network [which is hosted by the George Institute] a few years ago to try to get a coordinated response to sepsis and to improve treatment.”

Professor Rinaldo Bellomo, Professor of Intensive Care Medicine at the University of Melbourne, said the broad nature of sepsis made improving identification and awareness challenging.

Professor Finfer said the Australian Sepsis Network regularly fielded queries from people who had experienced adverse impacts of sepsis. He said the two most common contacts were from people who had had a delayed diagnosis resulting in severe disability or the death of a loved one, and from people who had recovered from sepsis but developed one of the common long term sequelae, which were cognitive, physical or psychological impacts.

“These can severely impact their life and are grossly under-recognised within the medical community, so there are no services for these people,” Professor Finfer said.

Community awareness of sepsis was very low, he said, pointing to a 2016 survey conducted by the Australian Sepsis Network and the George Institute for Global Health that found that six in ten Australians had never heard of sepsis.

“We found that 40% of Australians had heard of sepsis and that was much more common in the elderly population, probably because they either had had sepsis or someone they knew had had it. And after they had been told what sepsis was, only 14% of people thought that fever and shivering could be a sign of sepsis,” he said, noting that only 1% of respondents knew that rapid breathing, rapid heart rate and confusion could be signs of sepsis.

“There is an issue not just with the term sepsis but with people understanding when they should seek urgent medical attention.”

Professor Finfer said public awareness campaigns in the UK, Germany and parts of the US had been successful in alerting communities of the signs and symptoms of sepsis.

He said such a campaign was part of a four-point national plan proposed by the Australian Sepsis Network and the George Institute. The plan includes:

Several states have initiated programs to tackle sepsis in the hospital environment – including the Sepsis Kills program in New South Wales, Queensland’s Sepsis Breakthrough Collaborative, and Victoria’s Think Sepsis: Act Fast collaboration – but, Professor Finfer said, the best solution for all Australians was a national approach.

“We are working with all federal governments and with the [Australian Commission on Safety and Quality in Health Care] to explore how we can best enact the measures that we think are important to improve sepsis outcomes. And, ultimately, that would constitute, we hope, a national action plan,” Professor Finfer said.

“In the hospital environment, where obviously sepsis is a big deal, there have been quite a few initiatives from state governments,” he said. “But in the community environment, where the majority of sepsis starts, it really needs to be addressed at a federal level. There has to be a media campaign, an education campaign and a GP educational campaign to begin with.”

Professor Paterson said a key element of a national plan should aim to address the rate of sepsis among Indigenous Australians.

The MJA authors highlighted a 2016 systematic review that found that the highest published incidence of sepsis in the world was among Aboriginal and Torres Strait Islander adults living in the Northern Territory.

8 thoughts on “Sepsis: time for doctors to “get their house in order””