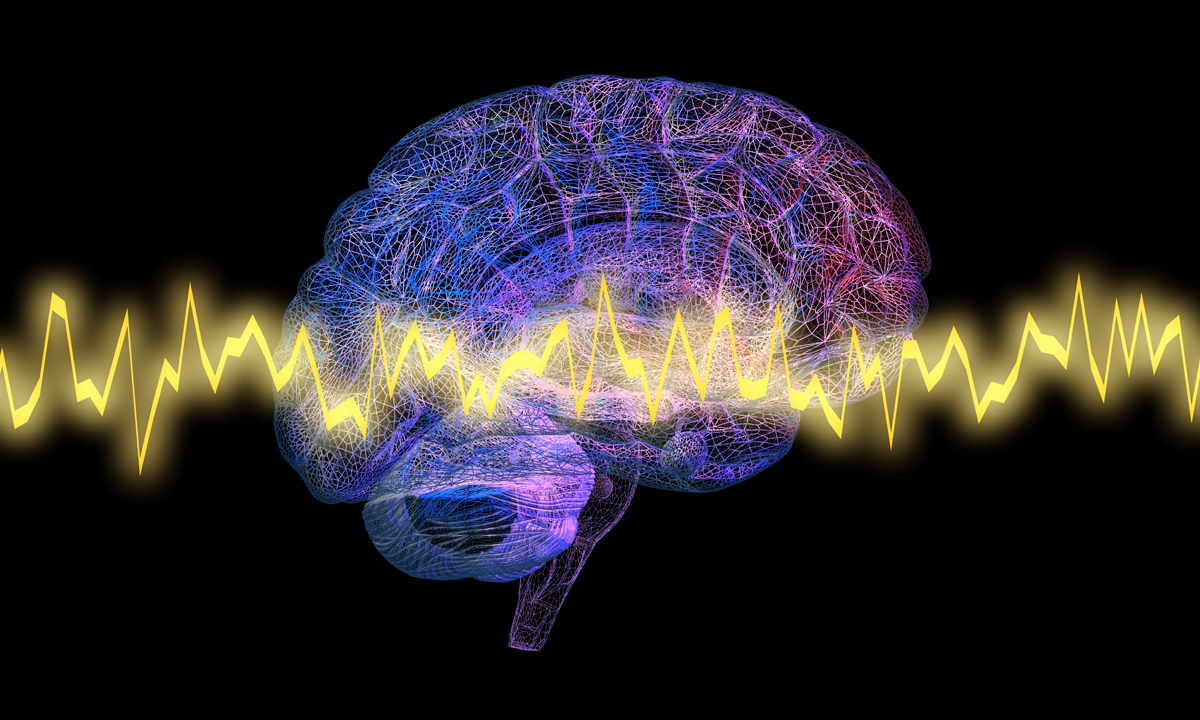 A decoder that can transform brain activity into speech has been presented in a study published in Nature. Many patients with neurological conditions that result in the loss of speech rely on communication devices that use brain–computer interfaces or non-verbal movements of the head or eyes to control a cursor to select letters to spell out words. However, this process is much slower than the normal rate of human speech. Researchers from the University of California San Francisco developed a method to synthesise a person’s speech using the brain signals that are related to the movements of their jaw, larynx, lips and tongue. First, they recorded cortical activity from the brains of five participants as they spoke several hundred sentences aloud. Using these recordings, the authors designed a system that is capable of decoding the brain signals responsible for individual movements of the vocal tract. They were then able to synthesise speech from the decoded movements. In trials of 101 sentences, listeners could readily identify and transcribe the synthesised speech. In separate tests, one participant was asked to speak sentences and then mime them, making the same articulatory movements without sound. Although synthesis performance of mimed speech was inferior to that of audible speech, the authors concluded that it was possible to decode features of speech that are never audibly spoken. In an accompanying editorial, authors commented that although the authors had achieved a compelling proof-of-concept, many challenges remained before the decoder could become a clinically viable speech brain–computer interface.

A subset of the stem cells in hair follicles have the potential to regenerate the coating that insulates neurons in mice, according to US researchers published in PLOS Genetics. Hair and skin take on varying shades of red, brown, black and yellow due to the pigments produced by cells called melanocytes. Melanocytes originate embryonically from cells called neural crest cells, which are cells that can also give rise to neurons and their supporting glial cells. Previously, the researchers had identified two different pockets of stem cells that create melanocytes inside mature hair follicles. In the current study, they showed that the two groups of the melanocyte stem cells could be identified and separated based on whether they were coated in a glycoprotein called CD34 — a surface molecule that is present on other types of stem cells, including stem cells of the blood. Using hair follicles from mice, the researchers isolated the two populations of melanocyte stem cells and grew them in culture. They found that the cells carrying CD34 turn into glial cells. In the nervous system, glial cells coat neurons with a fatty insulation called myelin, which increases the speed at which nerve impulses can travel. Furthermore, the researchers discovered that the CD34-positive stem cells could regenerate myelin on neurons, both in cell cultures and when injected into mice carrying a genetic defect that prevents them from forming myelin sheaths. The new findings suggest that the pocket of CD34-positive melanocyte stem cells in the hair follicle retain some of their earlier abilities. If similar populations exist in human hair follicles, they could potentially be tapped to develop new treatments for nerve injuries and for demyelinating diseases, such as multiple sclerosis.

Researchers from the Eating Disorders Laboratory at the Garvan Institute of Medical Research have discovered in an animal model that a high calorie diet when combined with stress resulted in more weight gain than the same diet caused in a stress-free environment. In an article published in Cell Metabolism, the researchers revealed a molecular pathway in the brain, controlled by insulin, which drives the additional weight gain. They investigated different areas of the brain in mice. While food intake is mainly controlled by the hypothalamus, the amygdala processes emotional responses, including anxiety. At the centre of this weight gain, the scientists discovered, was a molecule called NPY, which the brain produces naturally in response to stress to stimulate eating in humans as well as mice. “We discovered that when we switched off the production of NPY in the amygdala, weight gain was reduced. Without NPY, the weight gain on a high fat diet with stress was the same as weight gain in the stress-free environment,” said the authors. “This shows a clear link between stress, obesity and NPY.” To understand what might control the NPY boost under stress, the scientists analysed the nerve cells that produced NPY in the amygdala and found they had receptors for insulin – one of the hormones that control our food intake. Under normal conditions, the body produces insulin just after a meal, which helps cells absorb glucose from the blood and sends a “stop eating” signal to the hypothalamus feeding centre of the brain. In the study, the scientists discovered that chronic stress alone raised the blood insulin levels only slightly, but in combination with a high calorie diet, the insulin levels were ten times higher than in mice that were stress-free and received a normal diet. The study showed that these prolonged, high levels of insulin in the amygdala caused the nerve cells to become desensitised to insulin, which stopped them from detecting insulin altogether. In turn, these desensitised nerve cells boosted their NPY levels, which both promoted eating and reduced the body’s normal response to burn energy through heat. While insulin imbalance is at the centre of a number of diseases, the study indicates that insulin has more widespread effects in the brain than previously thought.

Perspective: Early success with room for improvement: influenza vaccination of young Australian children
Beard et al; doi: 10.5694/mja2.50141
As the influenza vaccine is given annually within a relatively short time frame, there are unique challenges to achieving coverage similar to other childhood vaccines … FREE ACCESS for 1 week.