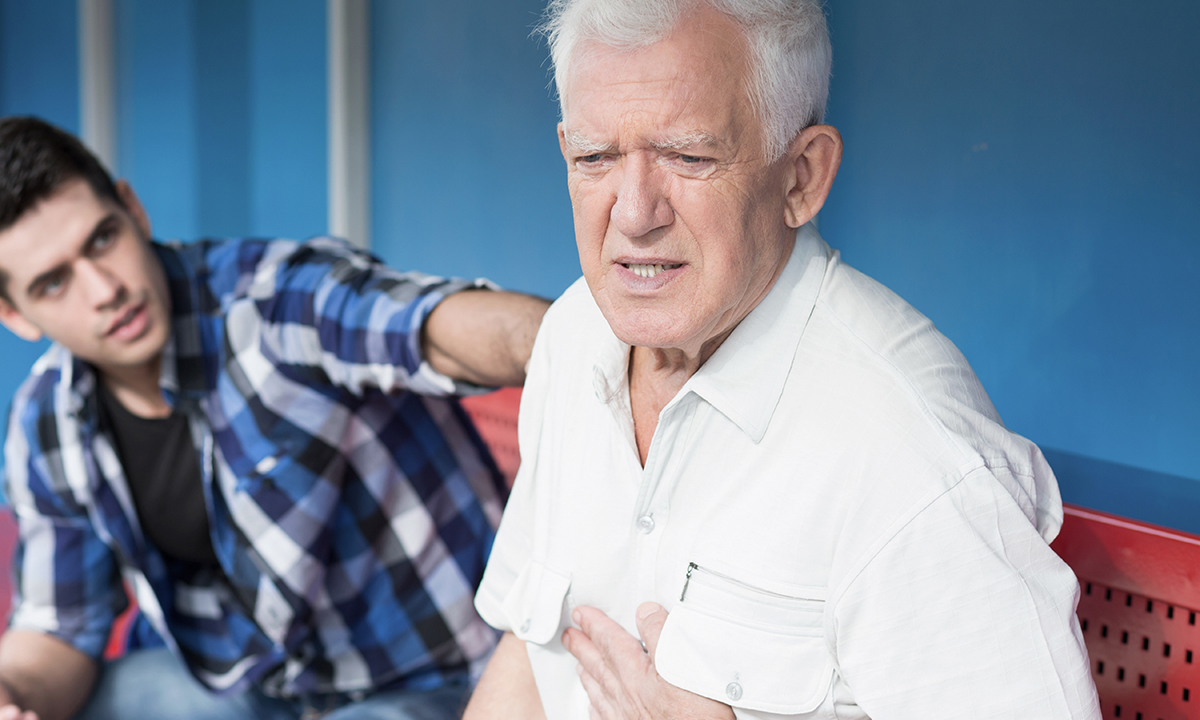 Rapid access chest pain clinics: are they the future?

A RAPID access chest pain clinic (RACPC) model improves efficiencies in managing patients with chest pain without compromising safety, according to research published in the MJA.

Researchers reported that patients referred to the Royal Hobart Hospital’s outpatient RACPC – established in 2014 as a partnership between the departments of cardiology and general medicine – had a shorter time to review compared with patients receiving usual care (12 days v 45 days), and all patients received a diagnosis following the first clinic visit, compared with 32.0% of patients (n = 139) in the usual care cohort.

Major adverse cardiovascular events were low in both groups, but slightly lower in the RACPC group (0.2% v 1.4% in the controls).

The study included 1914 patients: 1479 seen in the RACPC and 435 previously seen in general cardiology. The RACPC received referrals from GPs and emergency department physicians, and all patients were contacted by phone within 72 hours of referral and offered a clinic appointment within the following fortnight.

While RACPCs have been part of mainstream care in the UK since their introduction there in the mid-1990s, they have not been widely implemented elsewhere.

“About 90% of these patients do not have a cardiac diagnosis; but 5 – 10% have serious underlying pathology and need to be seen quickly. That’s why it makes sense to have a separate clinic to remove these people from the inefficiency inherent in the larger cardiology clinic,” he said.

“When we looked at actual patient journeys, we found that historically these patients may be seen by the GP, then sent to emergency, then they might be sent to a general medical clinic, have some investigation and subsequently be referred to a cardiology clinic,” he said. “This process can go on for months, sometimes longer than a year; whereas, if they are seen in a RACPC, they are seen once, investigated if necessary, and you can move the 90% of patients who don’t have a problem out of the system really quickly.”

Dr Black also highlighted a reduction in invasive investigations in the RACPC group.

“We have been doing things the same for a long time, so it’s good to start talking about how to do things differently at a health systems level,” she said.

“Hospitals are receiving more and more patients as the population gets larger and older, and we need to be sure that the patients who need to be seen quickly can be seen quickly, and this seems to be a model that addresses that,” she said. “Safety has always been a consideration with some of these rapid access clinics, because some people would say that you should send them into ED, but it would appear that this is a fairly safe method as well.”

Professor Chow said the 12-day median time to review patients in the Tasmanian model seemed long when compared with the 72–96 hour review goal of another Australian model that was the subject of research published in 2018.

“It is nice to see that [the Tasmanian model] is efficient, but some of the other chest pain clinic models have been even more efficient … [and] chest pain patients often want to be seen [very quickly],” she said.

The MJA authors acknowledged variations in approaches between the two Australian models, noting that the alternative model included routine exercise testing before review.

“The investigators [of the alternative model] reported a low rate of unplanned re-presentations at 28 days (2.6%) and no episodes of acute coronary syndrome; however, the burden of investigation was high, with 93% of patients undergoing exercise testing, leading to additional investigations in 35% of those tested,” they wrote.

Dr Black said a further benefit of RACPCs was the opportunity to address modifiable risk factors in high risk patients.

“About 22% of the patients that we saw had a 5-year risk of more than 15%, and there is the opportunity to discuss risk profile with patients and initiate management strategies where possible, as well as encouraging re-engagement with their GP.”

Dr Black said a health economics analysis of the Tasmanian model was in the pipeline, as was research evaluating patient perceptions and referrer satisfaction.