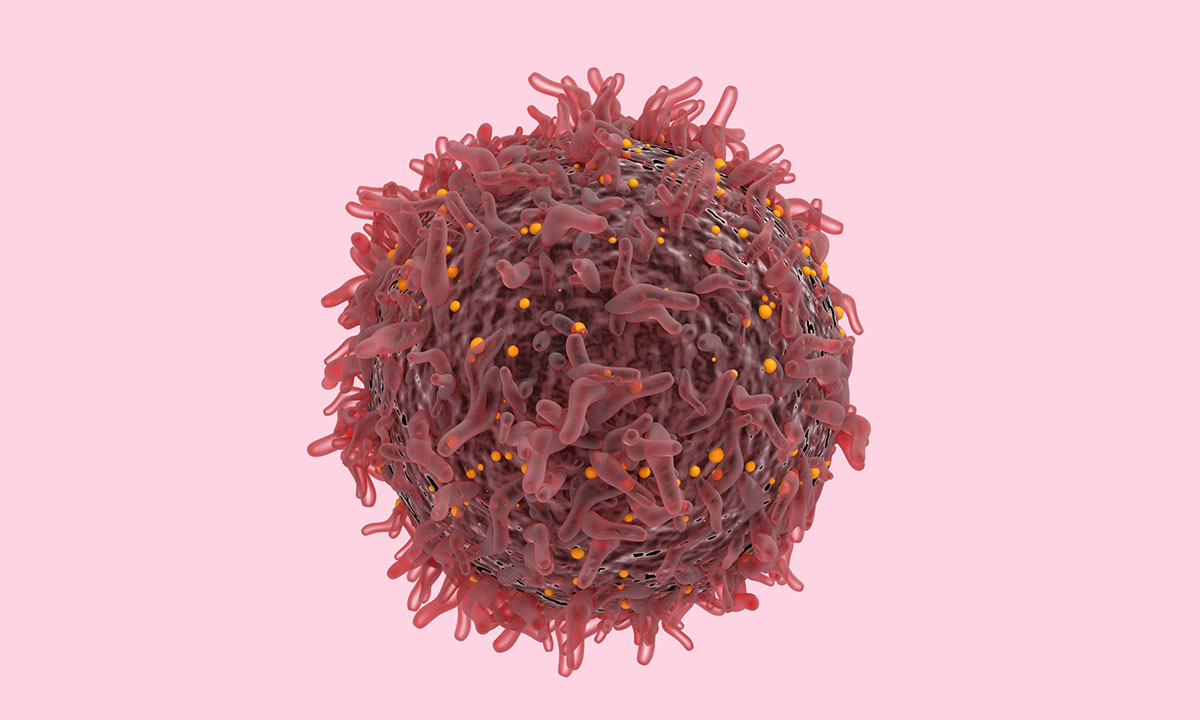 THE early 2000s saw a significant breakthrough in the treatment of certain kinds of lymphoma. The addition to standard treatment of a monoclonal antibody that depletes B-cells, known as rituximab, was shown in clinical trials to improve 5-year survival by around 20% for both diffuse large B-cell and follicular lymphomas. Rituximab is now on the Pharmaceutical Benefits Scheme for these cancers. But the problem, as always, is knowing whether trial results really do reflect what happens in the real world.

New research published in the MJA shows that in the case of rituximab for lymphoma, they do. The population-based study looks at the relative survival of patients with lymphoma in Queensland from 1993 to 2012. The authors found substantially better survival with the two most common lymphomas – diffuse large B-cell and follicular – in the years following the introduction of rituximab. For non-B-cell lymphomas, for which rituximab is not an option, including Hodgkin and peripheral T-cell lymphomas, there was no change in relative survival.

Dr David Joske, a Perth-based haematologist and Medical Advisor for the Clinical Oncology Society of Australia, says that this kind of research is very important to clinical practice.

“We have this curious kind of double-think when we’re talking to our patients. On the one hand, we quote results from trials. But at the same time, we tell patients that people do better in trials than in the real world, even if they’re just on the standard treatment arm. The implication is that people who aren’t in trials don’t do as well. So this kind of population-based data reassure me because they say outcomes in the general population are similar to those in clinical trials. It’s the kind of research that’s important not just for lymphoma but for all cancers.”

Dr Joske says that the data for follicular lymphoma are particularly significant because although the benefit of rituximab has been suspected, it has been hard to pin down because of indolence in that cancer and the difficulties of showing changes over time.

He says that there is a critical need for more cancer registries and more outcome data in Australia. He points to a move to create a national lymphoma registry, led by haematologist Associate Professor Stephen Opat at Monash University.

What now for lymphoma research and treatment? Dr Joske says that there are some significant unmet needs, particularly for T-cell lymphomas, which can’t be treated with rituximab. But the very latest treatments to come onstream, not captured in the MJA article, offer hope.

“We have ibrutinib, which was listed on the Pharmaceutical Benefits Scheme for mantle cell lymphoma only just this month. That’s a big breakthrough. And there’s been a lot of noise around PD1 inhibitors. They are a breakthrough for people who have a relapse of Hodgkin lymphoma, and will probably be quite active in some of the relapsed T-cell lymphomas.”

Dr Joske says that in Hodgkin lymphoma, thanks to survival rates that are already quite good, the aim of new research has been to maintain the cure rate while reducing the toxicity of treatment.

“We’ve got big hopes for an antibody called brentuximab vedotin, which is a good treatment for relapse of Hodgkin lymphoma and is now being trialled as a first-line treatment, where we hope it will reduce lung toxicity from one of the chemotherapy drugs.”

Lymphomas often have quite high survival rates in comparison to other cancers, and what happens to patients who survive their lymphoma is getting increasing attention from the oncology community.

“It’s what we’re calling ‘survivorship’, which is not so much about improving the percentage of survivors but improving their quality of life,” says Dr Joske. “It’s about getting them back to a full life, and back to work as soon as possible in as good a mental and physical health as possible. We’ve really been focusing on curing people, but when we’ve done that, we also need to give them a hand to get back into life because often they’ve exited work and even homes and relationships.”

Dr Joske says that lymphoma research, and cancer research in general, is at something of a tipping point.

“We’re technically at a more difficult phase in cancer medicine. In diffuse large B-cell lymphoma, for example, what [seemed] like one disease looking down the microscope, we now know is at least three types of disease at the molecular level. And we’re starting to think we shouldn’t treat all these people the same. We’re moving away from blunt chemotherapy towards treatment that is stratified to fit the particular molecular pathways of a person’s tumour.”

He points to two PD1 inhibitors, nivolumab and pembrolizumab, which are the first ever to be approved by the US Food and Drug Administration not for a particular cancer, but for a particular gene expressed in any type of tumour.

“It’s a new paradigm. But it’s technically challenging because the next generation drugs will be targeted at just subsets of patients and we won’t be able to do the old-fashioned clinical trials of treatment A versus treatment B. It will be harder to prove that a new treatment is better than an old one when you’re individualising treatment.”