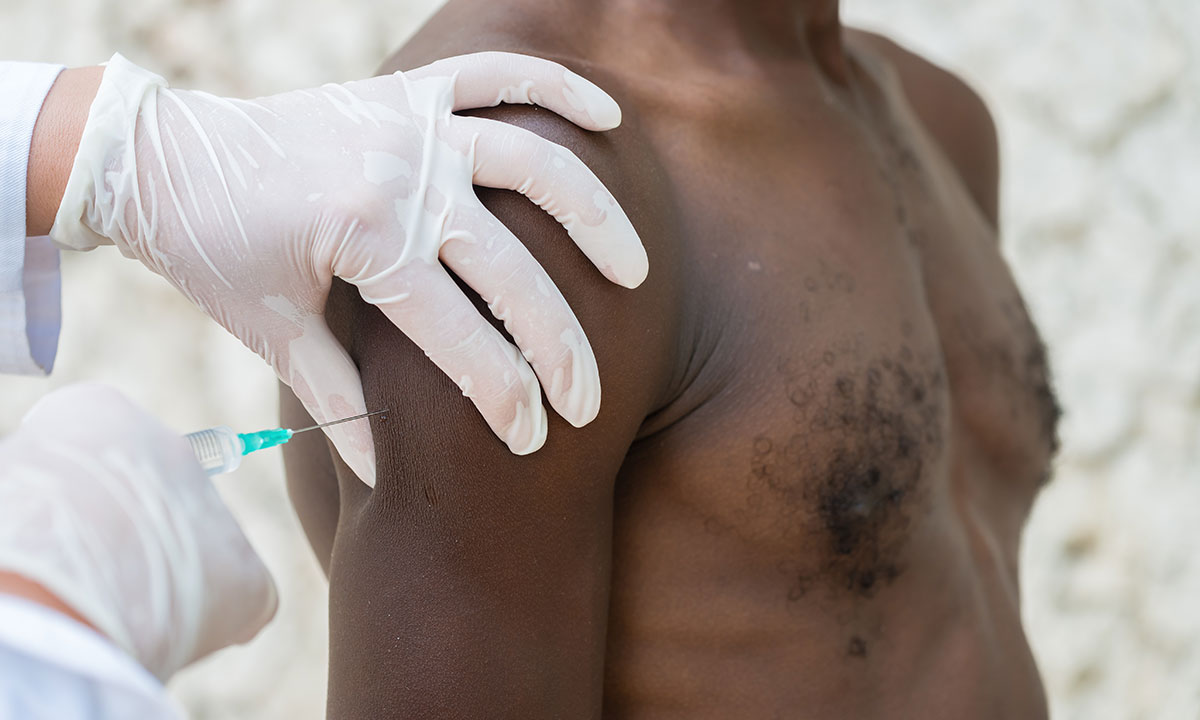 A STATE initiative is helping to close the gap in timely vaccination rates between Indigenous and non-Indigenous children, researchers write in and MJA article published online this week.

An evaluation of the NSW Aboriginal Immunisation Healthcare Worker (AIHCW) Program showed that the targeted project boosted timely vaccination rates among Indigenous children in the state and, in 2016, there was no statistically significant difference between the coverage of Indigenous and non-Indigenous children at three age milestones (9, 15 and 51 months).

The researchers noted that there had been a general improvement in the immunisation coverage of both Aboriginal and non-Aboriginal children across Australia, but the narrowing of the gap was most pronounced in NSW.

In an MJA InSight podcast, co-author Dr Frank Beard said that there had been persistent problems with the timeliness of vaccination among Aboriginal and Torres Strait Islander children.

“Indigenous children tend to be vaccinated much later,” said Dr Beard, a public health physician with the National Centre for Immunisation Research and Surveillance. “They usually get vaccinated eventually, but it’s not as timely and that’s a problem because rates of disease are higher in younger children and in Indigenous children, and disease can also be more severe the younger you are.”

Dr Beard said that the findings showed that committing funding to a dedicated program specifically targeting the needs of Aboriginal and Torres Strait Islander people could help to overcome barriers to timely immunisation.

“We know that Indigenous people support vaccination – there are very low rates of antivaccination beliefs among Indigenous people, it’s more the logistical barriers [and barriers to] culturally appropriate services. This study shows that a program like this can have a significant impact on closing the gap, so we would encourage other states and territories to look at these findings and consider adopting programs of a similar nature.”

Profess Ross Bailie, Director of the University Centre for Rural Health, University of Sydney, said the study highlighted the importance of addressing barriers to care in Aboriginal and Torres Strait Islander Australians.

“They have produced a new cadre of health workers with a particular focus and demonstrated what a difference it can make in that specific area.”

He added that the program’s success also highlighted the value, more generally, of Aboriginal Health Workers.

“It demonstrates the value of people who are closely connected to the community, who are not necessarily primarily oriented to providing clinical services but who have a role in enhancing engagement and access to care for people in the community,” he said.

Professor Sandra Thompson, Professor of Rural Health at the University of Western Australia, said that the findings showed what could be achieved with focus and funding.

“They are clearly quite focused around trying to complete immunisations and complete it in a timely way,” she said. “It goes to show that if you say ‘this is important’ and you resource it, you can see these differences.”

Professor Thompson said that a key strength in the program was its engagement with existing services.

“They weren’t trying to set up an alternative way of vaccinating people, what they were trying to do was build understanding, capability, communication and support, and those are the sorts of [initiatives] that we need,” she said.

“The real challenge is how you do this across multiple diseases? If you focus on one area and resource it, you can achieve in that area, but the question is, is there a ‘waterbed effect’? If we don’t take a holistic approach across health, there’s a risk of robbing Peter to pay Paul,” she said.

Professor Bailie said that while this program had successfully targeted the relatively poor immunisation rates in NSW, wider adoption of such a program would need to be carefully considered.

“My hesitation with this sort of approach is that it is isolating one aspect of care for people to focus on, where there are many other aspects of care where we should also be doing much better in overcoming barriers to access for Aboriginal people,” he said.