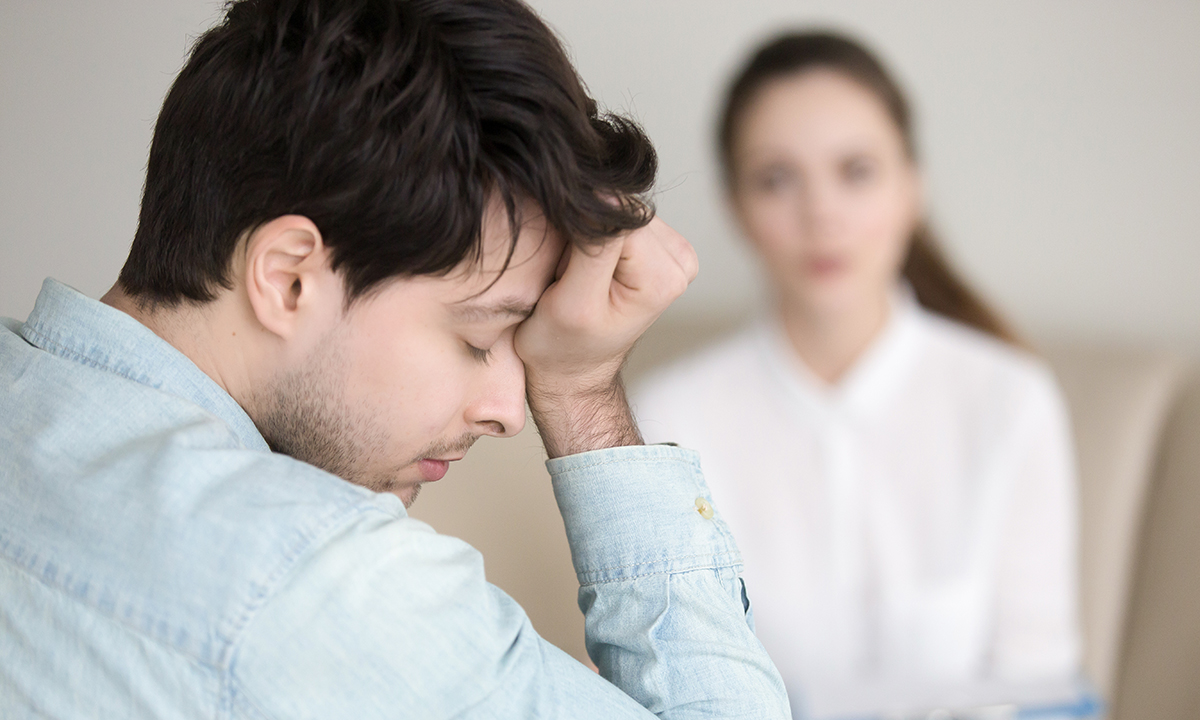 A POWERFUL lesson for Dr Caroline Johnson came from a senior partner early in her first month on the job in general practice.

Dr Johnson had had to deal with a traumatic emergency situation in the morning, and her senior colleague then asked her to join him and his wife for lunch at a restaurant nearby the practice.

Dr Johnson, who is now a member of the Royal Australian College of General Practitioners Expert Committee – Quality Care, with an interest in mental health care, said that the lunch started with the partner saying “well, that was a crappy morning, wasn’t it?”

“I was made to feel welcome to talk about it and in an environment where I was removed from that pressure. It was a very powerful experience for me.”

Dr Johnson’s comments come as experts write in the MJA of the importance of senior doctors in “leading action” to help prevent burnout in their younger colleagues.

In a Perspective, Professor Michael Baigent, Professor of Psychiatry at Flinders University, and Dr Ruth Baigent, GP and part-time medical educator at the University of South Australia (UniSA), wrote that burnout was highly prevalent among doctors and was a risk factor for mental illness. While they said there had been some state responses, and several medical colleges had made efforts to deal with the issue, there had been no effective national response.

The authors pointed to a 2013 beyondblue national mental health survey of doctors and medical students that found that young doctors aged under 30 years were at greatest risk of burnout. These young doctors were most likely to report high exhaustion (48%) and high cynicism (46%). Exhaustion, cynicism (role negativity, feeling callous and detached) and professional efﬁcacy (self-evaluation of competence and achievement) were the three main factors that constitute burnout, the authors said.

“Avoiding burnout is a shared responsibility: it is too easy to blame the system and, likewise, for the system to blame the doctor,” they wrote. “A certain amount of work hardening and experience is necessary, but perhaps older doctors look back on their pressurised junior years through rose-coloured glasses and see it as a rite of passage.

“Is it not time for senior, inﬂuential and experienced doctors to lead action on behalf of our young apprentices?”

Professor Maureen Dollard, Professor of Work and Organisational Psychology at UniSA, however, said that the responsibility for increasing burnout among young doctors lay squarely with the health system.

“The overarching impression of the work in the medical profession is that it is too much of a burden for a single person,” she said. “There are so many factors that are impressing on a person that it’s just really no wonder that people are becoming distressed, burning out and sometimes [dying by] suicide.”

Professor Dollard said that capitalism had a lot to answer for in regards to increasing workplace pressures.

“If you’re not providing enough resources, it can lead to exactly all these problems that are [explored in the MJA article],” she said. “It’s not because people are not working hard enough; if there is excessive and unrewarded paperwork, then where is that coming from? These are organisational problems and this is both a societal and public health issue.”

Professor Dollard said that attention should be paid to how the system can be modified to provide an environment where medical professionals can work effectively and sustainably.

“There is no time for care,” she said, noting that the nursing profession had expressed the same concerns. “For community doctors, with a 6-minute timeframe to consult with a patient, it’s just not really long enough to understand their psychosocial needs.”

Associate Professor Charlie Corke, senior intensive care specialist at University Hospital Geelong, said that there was growing recognition of the severity of burnout among younger doctors, but warned that the prevalence of burnout was likely to increase.

“The significant overproduction of young doctors will make the competitive side of things … worse,” Professor Corke told MJA InSight. “There will be a profound amount of competition for jobs, and I think there will be more reluctance to talk about burnout in the future or to show any sign of weakness.”

A further issue, said Professor Corke, was a lack of recognition of patient death as a normal part of the medical process.

Professor Corke said that he appeared on the SBS television program Insight in 2017 alongside young doctors discussing young doctors’ wellbeing and was concerned to hear young doctors blame themselves for what appeared to be natural, inevitable deaths.

“The doctors blamed themselves and felt that had they stayed on later, had they been cleverer … the patient wouldn’t have died at that time. They took it as their personal responsibility to prevent death,” said Professor Corke, who is also President of the College of Intensive Care Medicine of Australia and New Zealand.

He said that perhaps young doctors were not taught about the inevitability of death, and the acceptance of death as part of medicine.

“We don’t teach doctors to recognise dying and to make it as pleasant and natural as possible when the time comes,” he said. “They are left just feeling responsible, and feeling they have failed.”

Speaking in an MJA InSight podcast, coauthor Professor Michael Baigent, who is also on the board of directors of beyondblue, said that one of the critical factors that can contribute to burnout was a “misalignment” of goals.

He said that junior doctors began their careers with goals of helping patients.

“They go into internship and their resident medical officer and registrar years, and because of the high work demands, that gets beaten out of them,” he said. “They are not able to maintain a focus on what’s the best outcome for the patient.”

Professor Baigent said that senior doctors who had negotiated the “hard times” in their earlier days of practice had a lot to offer junior doctors.

“There is some merit in developing ‘grit’ … but it has to be supervised and supported,” he said.

“My pragmatic approach as a GP is to say we have to develop the personal skills we need to be resilient, but we also need to advocate for a system that’s healthy and supportive,” she said, adding that system reform may be easier to achieve in the small business model of general practice, than it is in the more complex hospital setting.

“As older doctors, we can role model ways of thinking and ways of doing things that support the enjoyment and satisfaction in the job,” she said.

We need to take better care of our medical students