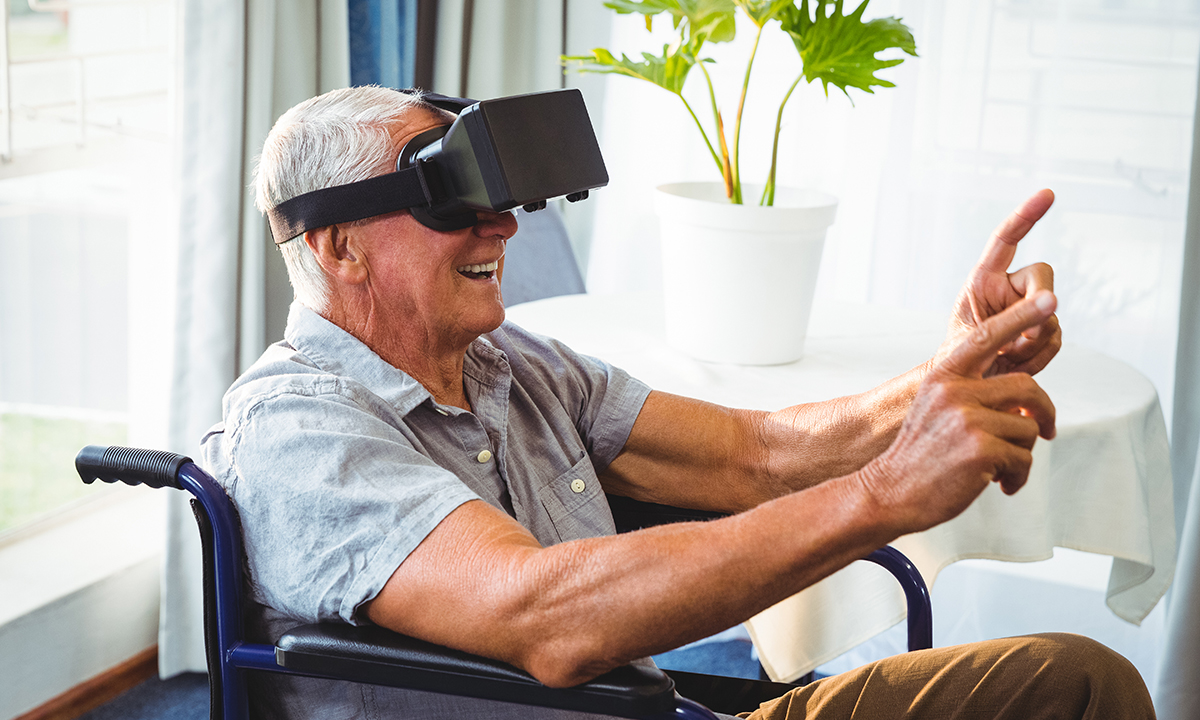 IN AUSTRALIA, where communication between doctors is still regularly done by post and fax, medicine using virtual reality (VR) technology may seem a bit like science fiction. But according to a Perspective published in the MJA, “virtual medicine” could transform the way we treat patients in the future.

In his article, Dr Brennan Spiegel, director of health research at Cedars-Sinai Medical Center in Los Angeles, California, says that research into the health benefits of VR – where users wear goggles with interior screens that immerse them in a lifelike, three-dimensional world – has been ongoing for years, but that implementation has been stymied by the high cost of the technology. However, recent advances have driven down those costs dramatically, making it feasible for virtual medicine to enter into the medical mainstream.

Dr Spiegel focuses on three areas where virtual medicine has the most potential. The first is distraction therapy for pain. For example, VR has been found to be effective in lessening pain during bandage changes for severe burns, as well as during routine procedures such as intravenous line placements or dental procedures. Although it’s not fully understood how VR reduces pain, simple distraction is likely to be key.

“When the mind is deeply engaged in an immersive experience, it becomes difficult, if not impossible, to perceive stimuli outside of the field of attention,” Dr Spiegel argues.

Psychotherapy is another area where VR has potential. One trial has involved placing battle-scarred veterans in the thick of a virtual battle, using a program called Bravemind. Soldiers repeatedly exposed to the program developed a form of inoculation against triggers of post-traumatic stress. Research in psychotherapeutic applications of VR has also looked at managing anxiety and phobias such as arachnophobia or acrophobia.

And researchers are also exploring how VR could be useful for neurocognitive applications, such as helping in stroke rehabilitation or delaying dementia in those with mild cognitive impairment.

The research Dr Spiegel references is mostly happening in the United States. But is there any interest in VR in the Australian research community? Very much so, says neurologist Simon Lewis, who is a professor of cognitive neuroscience at the University of Sydney’s Brain and Mind Centre.

“In the past 12 months, there’s been a concerted effort in this area, and I think you’re seeing that across the universities,” says Professor Lewis, who has been using VR technology in his research into Parkinson disease.

“Australia has probably not led the field on this, but I think we’re very much getting organised now.”

One of Professor Lewis’ research focuses is the phenomenon of freezing of gait in Parkinson disease, the causes of which are poorly understood.

“About 10 years ago, I had this crazy idea that was to try and trick the brain using VR. The problem we face with freezing of gait is that it only happens when people are walking around, so you can’t get them into a magnetic resonance imaging (MRI) scanner to see what’s going on. So, the idea was to put them into an immersive environment and see if we can trick the brain into thinking it’s walking down a corridor. We had them in an MRI scanner watching a VR screen, with foot pedals to simulate walking.”

Professor Lewis was able to trigger freezing of gait using VR while patients were in the MRI scanner, allowing him to see which parts of the brain were failing during the episodes. He says that he is using the information to inform what parts of the brain could be targeted by deep brain stimulation in order to stop the freezing.

He says that his team has also been involved in research into using VR for dementia and cognitive training.

“We’ve done some work where we’ve tried to improve cognition in mild cognitive impairment. We have games in an immersive environment where people are training themselves in interactions or multitasking. It might be serving different types of coffee at a café – which might sound childish, but it’s tapping into the working memory processes. The idea is to stave off greater cognitive impairment by targeting these processes.”

Another area where Australian researchers are using VR is to help children undergoing medical procedures. Monash Children’s Hospital has developed an interactive “sea life” world which it is currently trialling to help children with needle procedures.

Study leader Dr Evelyn Chan says that pain medication such as anaesthetic creams don’t always work with children, and VR could be used to reduce fear and anxiety associated with medical procedures.

“VR has huge potential to transform patient experiences. One day, VR might become a cornerstone of patient care – helping support patients in every step of their health journey from being able to walk through the operating room before their surgery, to supporting them through their hospital stay and helping them during recovery with rehab and preventive health activities.”

But Professor Lewis says that there may be limits to the use of VR in medicine.

“Although it’s a fantastic tool, I’m not sure it will become widespread. What I think will happen is that patients will essentially self-select. There will be those who are really into it, and others who aren’t. It’s a bit like computer technology – some people want all the latest apps and hardware, and others aren’t interested. VR will have a role, but it may be a niche role. We won’t necessarily be handing out VR headsets at the GP clinic.”