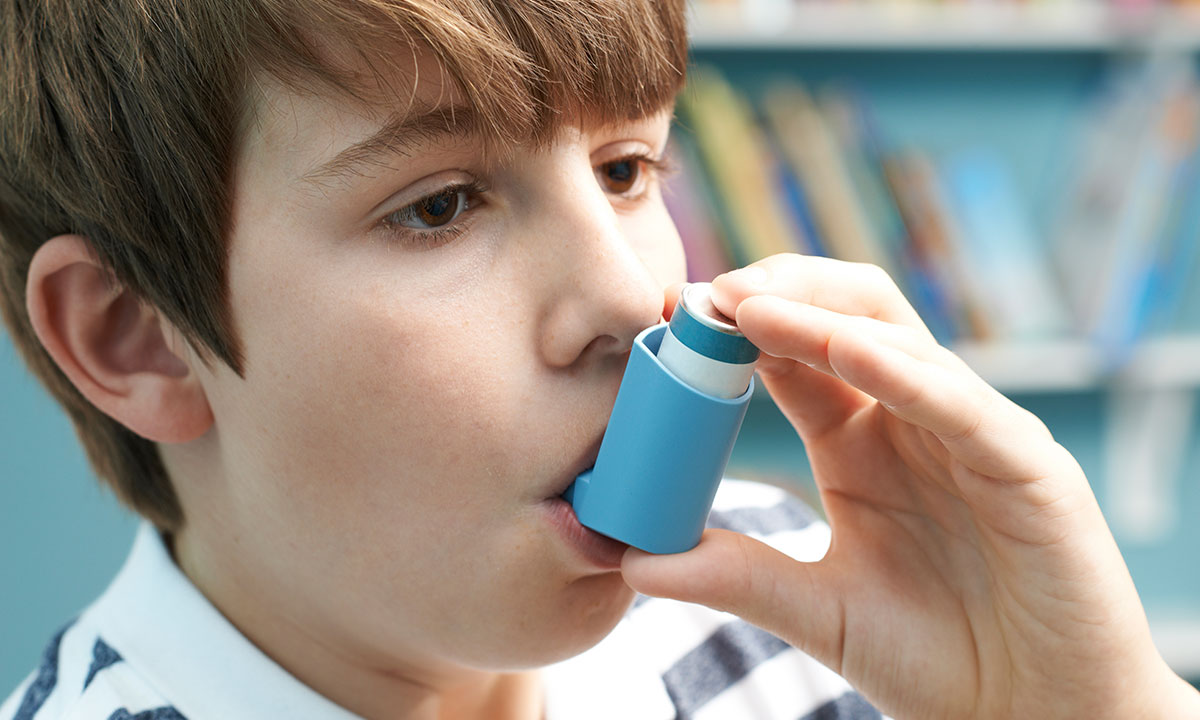 ASTHMA sufferers are often fearful of the air pollution they may encounter from traffic hotspots or distant bushfires; they’re a lot less likely to worry about the dangers lurking in their own house. But perhaps they should, because according to new research, sometimes asthma, like charity, begins at home.

The modelling-based study, published by the MJA, estimates that 7.9% of the childhood asthma burden (measured in disability-adjusted life-years) can be attributed to damp housing, while 12.3% can be attributed to gas stove emissions. Which means that around one in five childhood asthma cases can be linked to these common household environmental factors.

Dr Knibbs, a senior lecturer in Environmental Health, says the topic of indoor air pollution and asthma has somewhat fallen off the radar in recent years.

“Even in countries with pleasant climates, such as Australia, we spend 80–90% of our life indoors. So, the quality of air we breathe indoors is quite important for our health, and that’s often overlooked,” he told MJA InSight in an exclusive podcast.

Dr Knibbs says that the issue of indoor air pollution is even more important for children’s health, as they breathe in more air relative to their body size than adults, and they also have immature respiratory and immune systems.

Why dampness can trigger asthma is not well understood. It’s unlikely that there is one single cause, but damp surfaces support bacterial and fungal growth, and the spores and metabolites that they produce have inflammatory, cytotoxic and immunosuppressive effects. Dust mites also prefer damper rather than drier places, and damp walls themselves may release volatile products that could irritate and inflame the airways.

Gas combustion emits several pollutants, the most notable being nitrogen dioxide, and it also releases ultrafine particles that are associated with airway inflammation.

What can be done to mitigate the potential dangers of dampness and gas emissions?

“Children need to be in dry, well ventilated houses for their respiratory health. Visible mould is a problem, as it can be an irritant to the airways, so I generally suggest to my patients that they look out for that and get it removed. If you can smell it, it’s probably there.”

She says that dehumidifiers and air purifiers can be tried, although they haven’t yet been shown to be beneficial. But simpler measures such as opening windows can be effective.

While most parents understand the dangers of dampness and often bring it up in consultations, the issue of gas emissions is less well known, Dr Owens says, as unlike a coal or wood fire, gas burning does not produce anything visible. But range hoods on stoves can get rid of the bulk of nitrogen dioxide, and the authors of the MJA study estimate that if all gas stoves were fitted with a range hood, the proportion of asthma attributable to gas emissions could be reduced from 12.3% to 3.4%.

Dr Owens says these kinds of measures don’t get enough attention because of a bias towards drugs in the research and management of asthma.

“Of course, pharmacological treatments are absolutely vital, but it’s nice to see other things being looked at as well, whether it’s house ventilation, or diet, lifestyle or exercise – all of which can have an effect on asthma risk.”

Dr Owens says that the important thing for GPs and other clinicians looking after children with asthma is to see them regularly, and not just when they’re unwell.

“When their asthma is bad, you’re doing what you can to keep them out of hospital. It’s at other times that the other things can be addressed, which includes whether they’re getting enough fresh air, outside or indeed in the home.”

Climate change is real, and is exacerbated by human activity